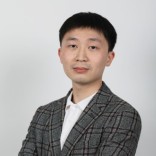 With.NET, Microsoft has achieved its goal of giving developers a single platform to tackle every challenge. Online, desktop, and mobile apps have been made possible by the.NET technology in startup and commercial settings for a number of decades.

There is no question that .NET is essential to the software development sector. The development community indeed favors NET. Indicators include the number of open-source efforts globally and Cranking C# among the top five programming languages. Growing in popularity, it will transform the sector by introducing the idea of universal software development.

What Exactly is the.NET Framework?

Simply put,.NET is a Microsoft-created open-source software development platform. We can create cross-platform software applications that work with Windows, Linux, macOS, iOS, and Android thanks to this technology.

It offers the essential programming environment for all stages of software development and is used to create a wide variety of apps and services. For companies and people that wish to create a variety of software products, from desktop and mobile applications to web apps and cloud-powered services, its surrounding ecosystem is a wonderful match.

Regardless of the language in which it was developed, linguistic interoperability refers to the capacity of a piece of code to communicate with another piece of code written in a different programming language. The development process may be made more effective overall by maximizing the language compatibility that dot NET developers use.

There are several programming languages supported by the .NET framework. FrameworkV2.0 supports up to 45 different languages, however, each one requires its compiler to be built.

The garbage collector functions as an automated memory manager in the Common Language Runtime (CLR).

The layout of data structures is the same across all supported.NET languages. Accordingly, some programs may make use of types and instances specified in other languages.

A debugger is a computer application that enables you to execute your program line-by-line while looking at the values of variables or values supplied into procedures to help you identify why it isn’t functioning as you had anticipated.

The.NET Framework avoids DLL Hell by permitting the coexistence of several versions of the same DLL, which is an issue that arises when many programs seek to share a shared DLL.

Various levels of confidence are given to managed components based on various variables, including their origin (such as the Internet, enterprise network, or local computer). With the help of this functionality, developers may choose whether or not a managed component executes sensitive activities such as registry and file access.

An executable file known as an assembly is created by compiling source code written in a single language into an intermediate language (IL). The assembly includes a manifest that lists the code’s type, version, and security requirements. The IL code may be converted into native machine code instructions once the assembly has been loaded into the CLR and verified.

The Common Intermediate Language (CIL), an intermediate code that is compiled at runtime by the common language runtime, is used by language compilers for the.NET Framework. Because it permits different versions of the CLR to exist on the same machine, the.NET Framework aids in the resolution of version conflicts.

What Exactly is a Class Library in the.NET Framework?

A group of reusable classes, or types, that are closely integrated with the common language runtime makeup the.NET Framework class library. A wide variety of interfaces, as well as concrete (non-abstract) and abstract classes, are offered by the.NET Framework.

When we discuss.NET for software development, we cover a wide variety of topics. One of the many accessible programming languages, which are pretty feature-rich and on par with or even exceeding comparable programming languages like Java, Python, and the like, may be used to create applications. In the end, this implies a shorter time to market since everything we need to create is so high-quality and well-integrated that turning a concept into a product can be accomplished relatively rapidly.