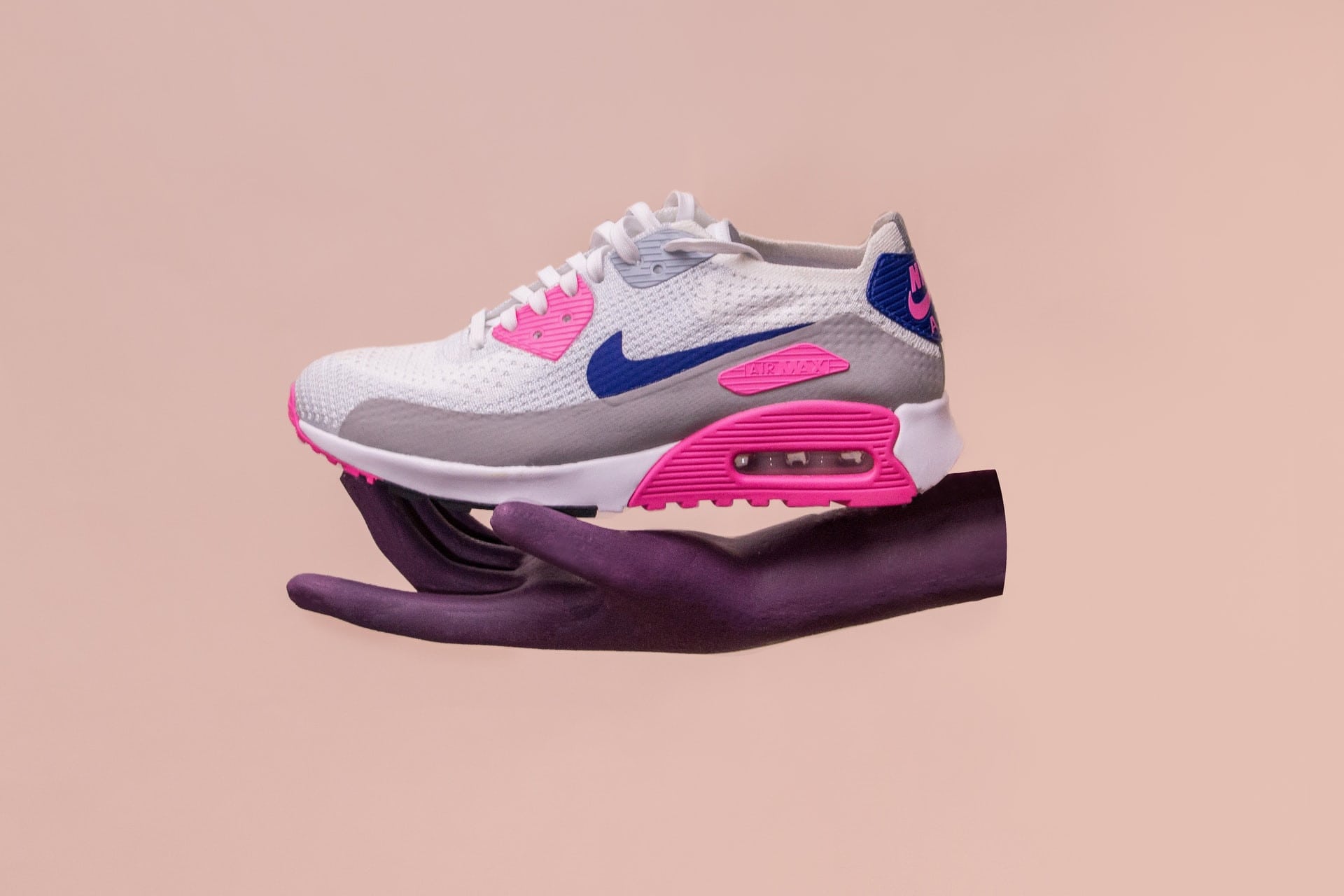 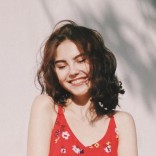 Jessica is the business and marketing editor at the Joué.

Hamsa hand meaning: what is hamsa?

The rise of sneaker culture: a billion dollar industry

Ever since the XIXth century, sneakers have been more than just shoes. They represent a cultural statement, a way of communicating identity, class, race, principles and status.

The movement is getting so much attention that the world developed a term for enthusiasts that collect and trade sneakers – sneakerheads.

In the same year, the industry leader Nike registered a global revenue of $37.4 billion, more than Adidas and Puma put together.

The first ever sneaker models available to a wider audience of consumers were released by Goodyear in 1892. In 1917, Converse launched its world famous All-Star sneaker collection, which is preferred by a large number of NBA basketball players.

Another important milestone in the history of sneaker culture is the launch of Nike Air Jordan, created for the Hall of Fame basketball player and NBA MVP Michael Jordan. This iconic model has been available to the public from April 1985.

In July 2003, Nike bought Converse, which diversified its portfolio. Converse wasn’t in a good place financially. The company had filed for bankruptcy and had yearly sales of only $200 million. Aimed to take on Nike, Adidas bought Reebok for $3.1 billion, in 2006.

Another example, as Wall-Street Journal reports, when Nike launched its “Pigeon” Dunk Low Pro SB in 2005, only 150 pieces were available. The shortage caused such a riot outside Mr. Staple’s New York City gallery that the NYPD was called to solve the situation and the block was closed.

The second element contributing to consumers’ desirability for sneakers is the cultural references. For example, Nike’s Air Jordan 1 Retro “Banned” is a homage to the first Air Jordan sneaker, which was banned by the NBA for breaking uniform regulations.

Consumers’ demands to access iconic sneakers have opened opportunities for a whole new second hand sneaker market. Currently, its value is assessed at $6 billion and is expected to reach $30 billion by 2030, according to reports by Cowen Equity Research.

In fact, specialists from this institution believe that sneakers are more than just collectibles. “We propose the idea that sneakers are now an emerging alternative asset class that 1) earns illiquidity premiums; 2) provides diversification – non-correlated with traditional asset classes; and 3) earns favorable risk reward characteristics.”

Now let’s talk about market opportunities of the sneaker culture

The sneaker culture was first considered a subculture of basketball players and fans. In time, it transformed into a fashion trend that entices high end brands to join the game and to create products that appeal to consumers with different backgrounds.

Indeed, the fact that Virgil Abloh was appointed Creative Director of Louis Vuitton Menswear proves that sneakers have become an influence in the luxury industry.

In this context, apart from athletic brands like Nike, Adidas, Puma and Reebok, heritage houses like Gucci, Louis Vuitton, Givenchy, Balenciaga and disruptors like Off-White, Supreme have all joined the game.

Sneakers are now popular all over the world, with China representing one of the biggest markets, assessed at $9.5 billion. According to Eddy Lu, founder of GOAT, an international sneaker marketplace, the sneaker community is growing rapidly in China due the the increasing popularity of basketball and hip-hop culture.

The first celebrity endorsement was the collaboration between Converse and Chuck Taylor. This famous sportsman contributed to the redesign of Converse’s initial sneakers. In fact, released in 1922, the Chuck Taylor All Stars have been the most popular basketball shoes for almost 5 decades, capturing up to 80% of the market.

In 1935, the B.F. Goodrich Company launched its tennis sneaker in collaboration with Jack Purcell. The Classic Purcell sneakers are still production today, under the Converse brand.

The collaboration between Michael Jordan and Nike has also been one of the most successful examples in the industry. The company sold $126 million in the first year alone. According to Forbes, the basketball player received $1.3 billion for endorsing the brand.

The ability to express oneself through style is a driving force behind sneakers. This is the reason why enabling consumers to create customized, one-of-kind sneakers is one of the industry’s most successful marketing techniques.

The first brand to offer a high level of customization to its audiences was Nike. Nike by You is a service that enables consumers to personalize sneakers. Launched in 2000, the program started off as an online feature, and has been implemented to over 100 in-store studios over time.

Users are able to purchase shoes through adding a personalized look and feel to it in terms of comfort, color and style.

The Nike ID program was rebranded in 2018 as Nike by You, to showcase the brand’s collaborative approach to design and to create a platform where Millennials and Generation Z members may express their individuality and senses of style.

Kenzo uses 3D customization and visualization to better present their product and the concept of co-creation to clients. Read more about our client projects here.

How to Move House Fast?

At Hapticmedia, we understand that 3D customization plays an important role in the marketing strategy for sneaker culture. Our project with Kenzo is able to offer an immersive experience where consumers can personalize and interact with the product.

Virtual try-on technology enables customers to try on products using their camera equipped devices such as mobile phones. With the help of Augmented Reality, users may contextually visualize the item in which they are interested, interacting and confirming the style, the size and the fit before making a purchase.

In 2020, in the first COVID-19 summer, when consumers were using online shopping to cope with the anxiety caused by the pandemic, Farfetch was the first e-commerce luxury platform to launch a Virtual Try-On feature, which was available on the brand’s iOS app.

This enabled consumers to enjoy a new shopping experience, where they could actually see how different Off-White sneakers looked on them. It increased conversions and reduced returns.

Shopping, thus, becomes more fun and engaging, as it enables app users to discover and play with products, as well as to generate content for their social media.

The launch was such a success that worldwide media channels mentioned the premiere, praising Farfetch for its innovative spirit.

Sneakers are popular not only in real life but also in digital environments, where gaming and esports are thriving. This is why luxury brands are now using esports marketing to help open up their business to new audiences, especially those who may not have the purchasing power to shop the company’s real-life products. For example, Gucci recently released a pair of digital $12 sneakers, available for purchasing on the app.

An interesting way to do sneaker marketing is use NFTs. For example, design studio Rtfkt and teen digital artist Fewocious released a sneaker design inspired by the Air Force One, which included doodles all over the surface. These sneakers are priced at $3,000, $5,000 and $10,000 per pair, more expensive than physical sneakers. In spite of the astounding price, 621 pairs were sold for a total $3.1 million.

Hapticmedia has over 15 years of expertise in immersive technologies including 3D visualization, customization and configuration, engraving, Augmented Reality, Virtual Try On, and is supported and covered by LVMH, Forbes, Les Echos, Le Point, BFMTV. Check here to see our client projects with Gerlain, Kenzo, Baume & Mercier, Baccarat, Edenly or contact us now to see the visible improvement we will bring to you.

9 tips for choosing a logo design