September birthstone: Everything you need to know about sapphire

What is the birthstone for May?

Emeralds are the May birthstone. They’re green, they’re gorgeous, and they stand in a class of their own. The emerald stone means hopes and new beginnings and is the 20, 35, and 55-anniversary gifts.

Emeralds are one of the most valuable gemstones currently on the market, apart from three other gemstones that are considered precious: rubies, diamonds, and sapphires.

They have been popular all over the world for thousands of years. From Elizabeth Taylor’s Bulgari brooch to Queen Elizabeth II’s gorgeous tiara, it is a gem steeped in history and it is still treasured and cherished today. What makes these green gemstones so popular?

The long history of the emerald May birthstone: From Cleopatra to Queen Elizabeth II

The word emerald comes from the Greek word “smaragdus”, which means green. This gemstone was mined in Egypt around 330 BC and well into the 1700s.

One of the first famous women who loved this green gemstone was Cleopatra. She had a passion for emeralds and used them to adorn her royal wardrobe. 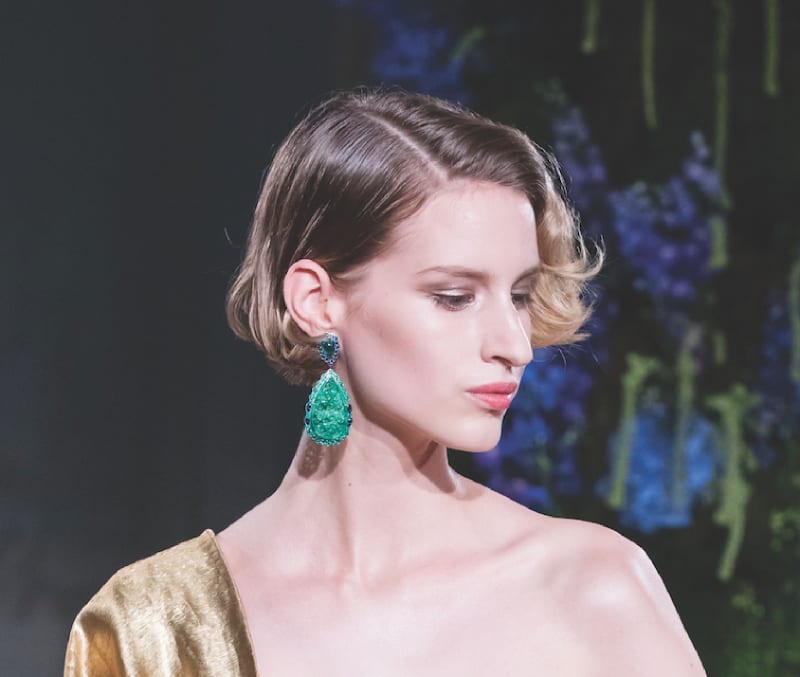 As early as the 16th century, the Spanish invaded the New World and plundered the Incas, stealing their bountiful supply of emeralds. Before that, the Incans had been using emeralds in their religious ceremonies and jewelry for 500 years.

With their new supply of precious stones, the Spanish used emeralds to trade for precious metals. This introduced emeralds to Europe and Asian royalty.

Legends about this gemstone include stories that allowed the wearer to see into the future. If an emerald was placed under your tongue, you would be forced to reveal the truth and be protected from evil spirits.

Emeralds had the reputation too of being able to cure diseases, force a lover to tell the truth and make the wearer an eloquent speaker.

One of the most powerful legends is that emeralds were one of the precious stones bestowed by God to King Solomon. These stones gave the king the power to rule over all creation. 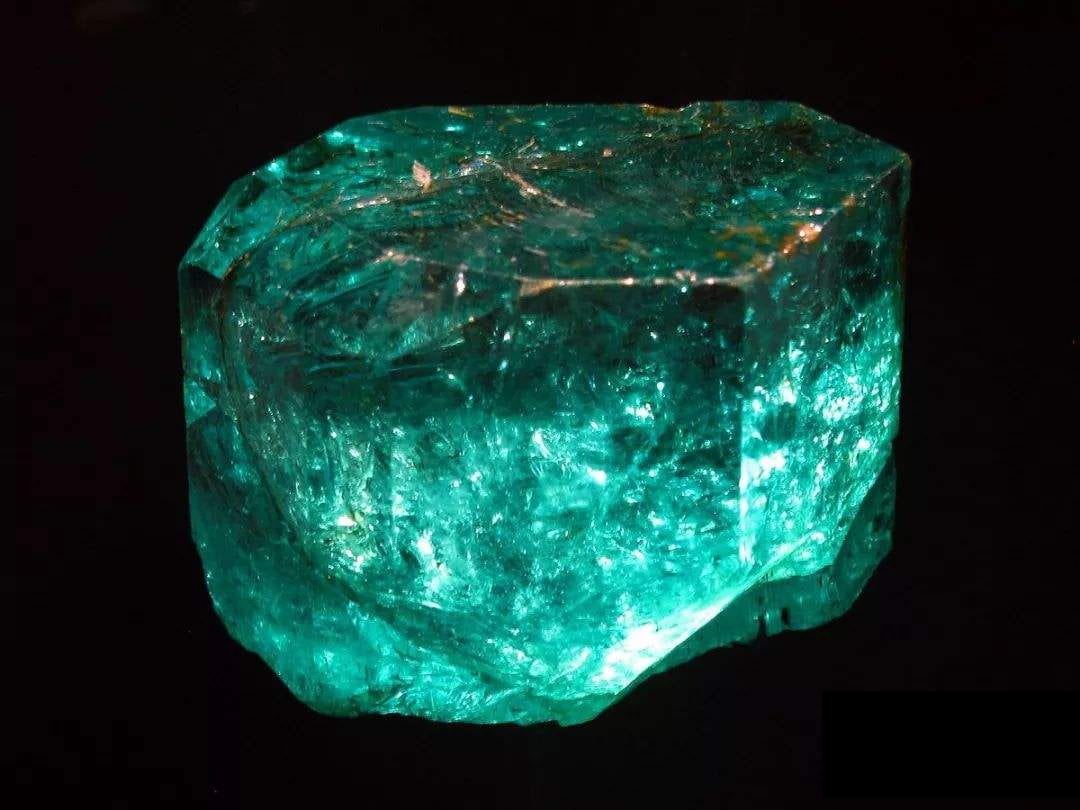 Emeralds are rare. Every stone is from a finite source. It’s like a fingerprint. Each is unique, has a character and quality of its own, and represents ultimate luxury.

Emeralds are a member of the beryl mineral family. The green color comes from chromium and vanadium. When compared, a 1-carat emerald will appear larger than a 1-carat diamond because it has a lower density.

Apart from its famous emerald green color, this gemstone can also be yellow or blue. Generally speaking, emeralds range from a distinct green to bluish-green or a yellow-green tint.

Emeralds are rated 7.5 to 8 out of 10 on the Mohs Hardness Scale. This means that they are very brittle and more susceptible to breaking when being hit.

Almost all Emeralds have inclusions. The natural patterns of inclusions found in emeralds add to their natural beauty. The French have named these patterns “Jardins (Gardens)”, which describe the tendril-like and mossy patterns running through the stones.

Emeralds are usually rated on the following properties: Emeralds are one of the most expensive gemstones in the world, reaching up to $100,000 per carat. Emeralds that have perfect colors and purity are priceless. However, if you choose emeralds of lower quality, you can find them at $30 per carat.

Four factors are used to determine an emerald’s value: color, cut, clarity, and carat weight, with color being the most important element.

Where are they found: Columbia, Brazil, and Zambia

The main sources of emeralds are Colombia, Brazil, and Zambia. But they are found in other regions too, such as Russia, Afghanistan, Australia, and even the United States.

Columbia produces the most emeralds, contributing 50% of the world’s overall production.

The first emeralds found in the United States were in the Yukon Territory in 1997, although large emerald deposits are very rare in North America.

The emerald stone means hopes and new beginnings and is the 20, 35, and 55-anniversary gifts.

Regarding healing properties, this gemstone is said to have soothed souls since the first century AD. Pliny the Elder, a famous Roman philosopher, said that emeralds are able to help the owner get rid of weariness, tiredness, or lack of energy.

Emeralds are also able to relax our eyes. Even today, green is a color that is known to relieve eye strain and stress. Emeralds have been loved and cherished by populations all around the world. They were believed to have magical and mystical properties and were used in religious ceremonies.

Women who have been drawn to their elegance, including Cleopatra, Queen Elizabeth II, and more modern and famous ones like Elizabeth Taylor.

There are many reasons to choose an emerald gemstone as a valuable addition to your precious jewelry collection. Even though emeralds are not as hard as diamonds, if cared for properly, they do stand the test of time.

You can be sure that emeralds will amaze you thanks to their unique features. They are able to captivate your imagination, bring you solace, and be a brilliant addition to your jewelry collection.

And perhaps, according to legends, when you wear emeralds you may be able to see the future, decipher the truth, and ward away weariness.

Famous emerald jewelry around the world

According to Galerie Magazine, emeralds are very much valued for their unique green color. They are the most beautiful green gemstone in the world. Here are five of the world’s most famous emeralds.

Arguably the most famous emerald in the world, the Chalk Emerald weighs 37.8 carats. It is regarded as the finest emerald ever discovered because of its perfect clarity and color.

Before it was cut, it weighed 38.4 carats. Later on, it was recut and set in a gold and platinum ring surrounded by diamonds, designed by the well-known jeweler Harry Winston.

This incredible emerald ring was later donated to the Smithsonian in 1972 and can be seen today in the Gem Gallery in the Museum of Natural History.

Signet ring meaning: What is a signet ring? How to choose, wear and style them? 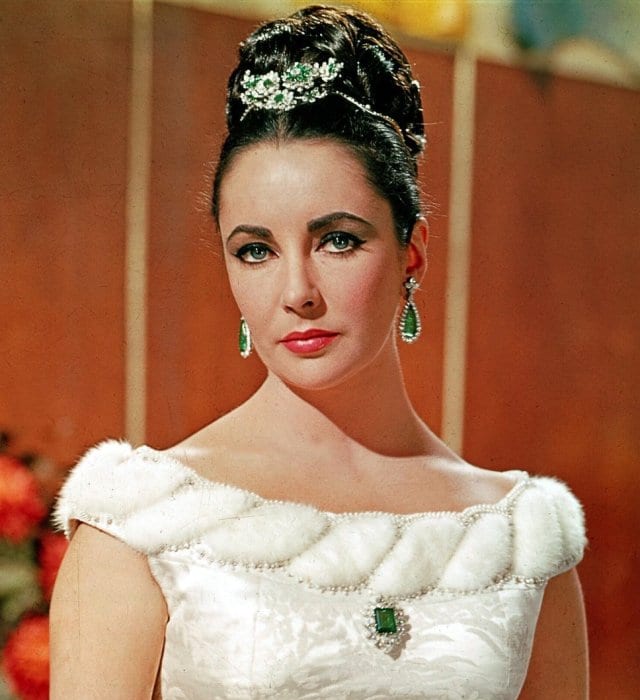 Purchased for Elizabeth Taylor by Richard Burton, this brooch was used for the film “Cleopatra”. This green beauty weighs 23.5 carats and was worn by the actress at her wedding in 1964.

It was sold in 2011 to Christie’s for 6.6 million dollars and holds the world record for the most expensive emerald jewel ever sold at an auction. 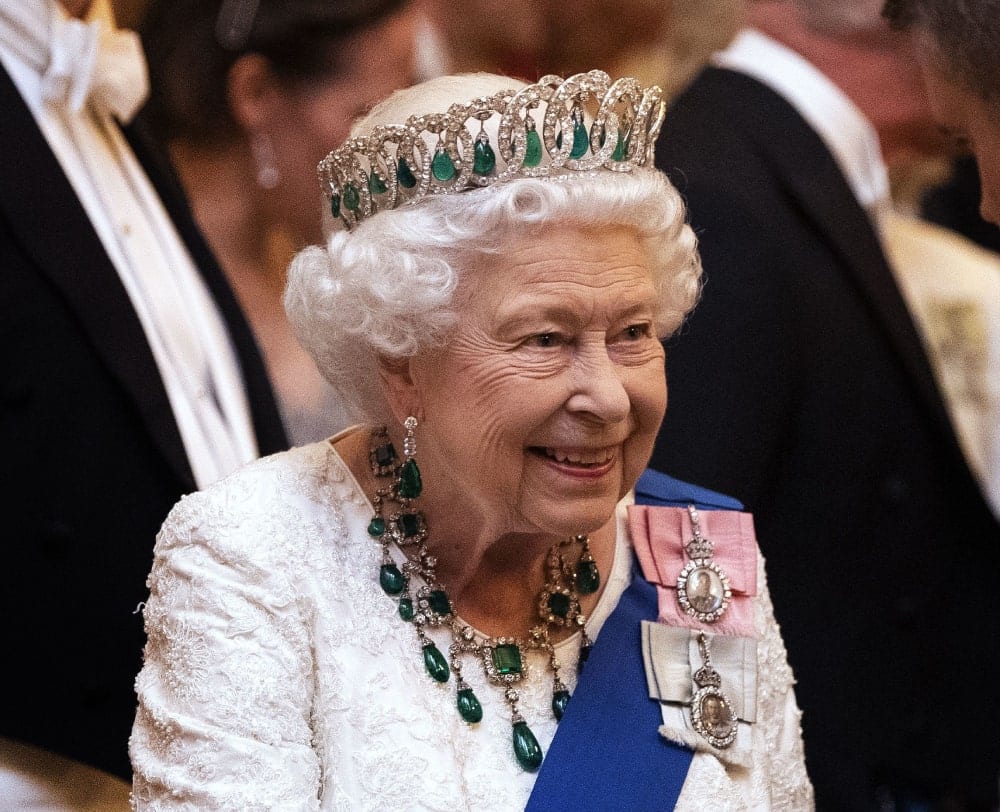 Vladimir became the source of rumor in 2018 at the wedding of Meghan Markle and Prince Harry. Meghan wanted to wear it on her wedding day but was denied because she wasn’t royalty.

The tiara was originally commissioned by the Grand Duchess Vladimir. It was then hidden in the Russian palace in St. Petersburg during the Russian Revolution and was later secretly smuggled out of Russia and sold to Queen Mary.

Another famous piece of jewelry from Grand Duchess Vladimir was her teardrop-shaped emerald and diamond earrings.

The Russian royal family had claims to fame when it came to jewelry and these earrings were part of that legacy. The earrings were sold at the Sotheby’s auction in 2014 for over a million dollars. 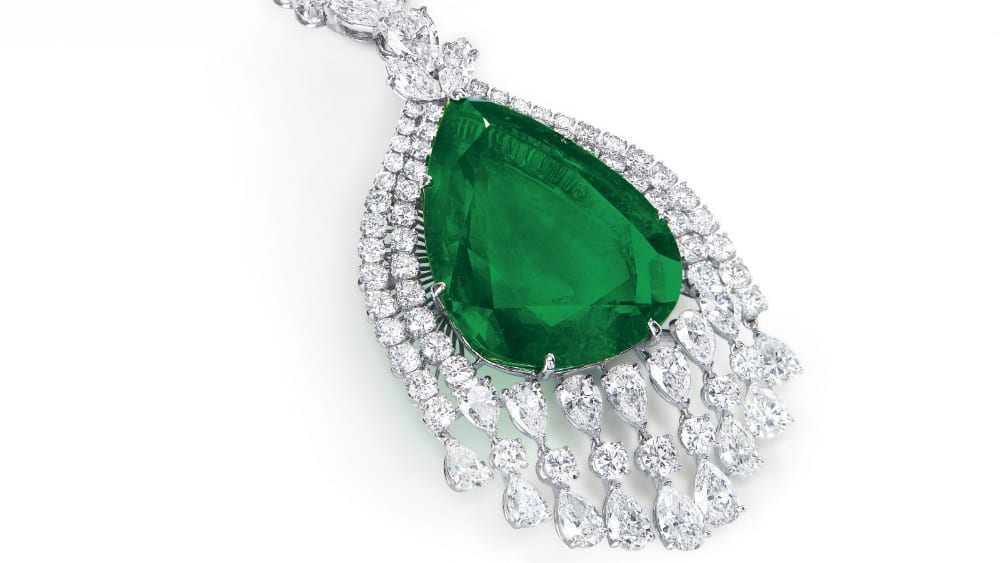 This famous emerald necklace was also part of the Russian collection. Weighing 75.6 carats, it was gifted to Grand Duchess Vladimir in 1874 from Tsar Alexander II when she married his son.

When the duchess died in 1920, the emerald necklace was passed to her son. It was then sold and owned by famous collectors such as Pierre Cartier and was finally sold by Christie’s in 2019 for 4.5 million dollars.

May birthstone care and cleaning

Fascinated by emeralds? If you want to own one of these truly exquisite gemstones, rest assured that you are making a wise investment. Here are a few tips for caring for your precious stone.

Never use an ultrasonic cleaner to clean emeralds, which may damage their natural inclusions. The best way to clean an emerald is by hand, using warm and soapy water, and gently scrubbing.

Oil is often used when you want to avoid chipping and cracking. You can coat the emerald after cleaning with baby oil to prevent the stone from becoming even more brittle and finally cracking.

Keep your emerald away from heat, strong light, and chemicals as they can deteriorate the oils and polymers used to fill the tiny fractures on the gemstone’s surface.

Conclusion on May Birthstone

When you search for birthstones by month, emeralds as the May birthstone appear. It is so much more than just a birthstone as this gem has captured the hearts and desires of jewelry lovers around the world.

Thank you for reading this article about the May birthstone, I hope it helps you get the information needed. Feel to share your thoughts below or check other articles on birthstones by month that we have published.

Everything about the Imperial topaz

September birthstone: Everything you need to know about sapphire