What is earned media? And 3 ways to leverage it.

Agate is a type of chalcedony, often veined and banded, colors including blue, green, red, yellow, brown, white and black. According to different patterns and impurities, the agate stones can be classified as onyx, sardonyx, moss agate, blue lace agate, fire agate and so on.

Agate is a type of chalcedony, often a grainy banded mass mixed with opal and cryptocrystalline quartz, with a hardness of 6.5-7 out of 10, a specific gravity of 2.65, and a fairly layered color, usually translucent or opaque.

Agate is often dense and massive, with various structures, the most common being the concentric structure, colors including blue, green, red, yellow, brown, white and black. Based on different patterns and impurities, it can be classified as onyx, sardonyx, moss agate, blue lace agate, fire agate and so on.

The agate color can be naturally generated or artificially enhanced. That being said, agate has a wide range of colors and most commons ones are red, blue, purple, green, black, white. It is generally believed that red agate and blue agate have the highest value.

There exist a large variety of agates. Each has different properties, values and meanings. Here we have selected some of the most common and popular varieties. For more information about the meanings of each category please refer to the chapter The meanings of agate.

Moss agate is a kind of agates with inclusions that look like moss or twigs. The internal patterns and natural textures of moss agate are varied and interesting.

The inclusions in moss agate, i.e., the moss, can be found in a variety of colors, including green, yellow, red and black. Generally speaking, the green color is usually composed of tiny scales of chlorite, while yellow and red ones are caused by iron (Fe), and black is formed by the aggregation of iron (Fe) and manganese (Mn) oxides.

The moss agates commonly found in the market today are mainly from Madagascar, Brazil, India and China. The moss agate from Brazil and Madagascar has mainly black and brown “moss” inside; while those produced in China and Indian usually have green “moss”. 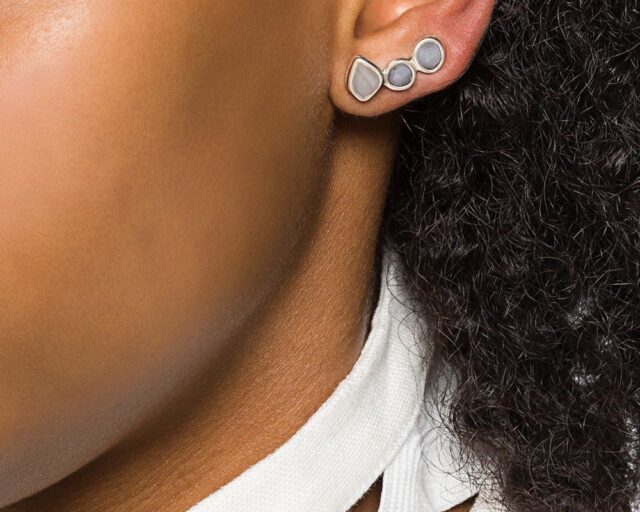 Agate is available in a variety of colors, but blue lace agate is one of the most beautiful and popular varieties. It refers to agate stone with exquisite blue, white and gray bands, composed of SiO2 and mostly produced in Brazil and Africa.

The patterns and colors of blue lace agate are very beautiful and give off a sense of calmness and harmony. Overall, blue lace agate is an unusual and often expensive variety of agate.

Fire agate, produced only in northern Mexico and the southwestern United States, is a very rare semi precious gemstone. Fire agate has a layered structure, meaning that there are thin layers of inclusions with the stone, for example, a thin layer of iron oxide.

When illuminated by light, these layers produce a very special phenomenon that makes the stone flash with a red halo, hence the name fire agate.

Agates of Lake Superior are well known for their beautiful patterns and vivid colors. It is predominantly red with white lines. Of course, we can also find yellow, orange, white, black and gray ones. The color of this agate stone is mainly determined by the amount of iron it contains. Lake Superior agates are very irregular in shape, often have bubbles inside, and are generally between the size of a pea and a ping pong ball.

Onyx is available in different shades, ranging from white to black. But now the word onyx usually refers to black onyx, which is often used in jewelry, giving the wearer an elegant and dignified look. Black onyx stone has a clean color, and may appear gray under certain lights.

Sardonyx can appear in colors anywhere from orange to red to black. It is formed through the layering of sard and onyx over thousands of years, from which it gets its unique name. This stone usually appears with defined bands or a mix of different colors. This gemstone is known for its vitreous or “glass-like” luster and is classified between 6.5-7.0 on the Mohs’ Scale.

Even though it is extremely beautiful, this gemstone is readily available and quite inexpensive. It makes an affordable addition to anyone’s collection, especially when its been polished.

History: an ancient and holy stone

Thanks to the ancient legend that agate is able to make people invisible, as well as its beautiful color and tough texture, the agate stone has been revered and loved for thousands of years by people from different cultures.

The agate stone is one of the most ancient stones in history. This is evidenced by the widespread use of agate in amulets, vessels and ornaments of the ancient Sumerians and Egyptians. In Roman times, agate intaglio medallions and rings were particularly sought after. 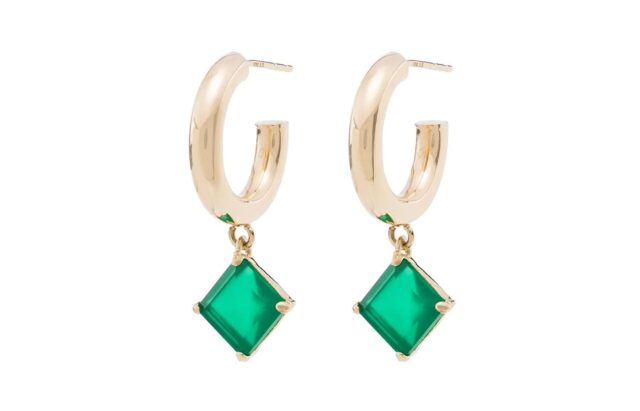 Agate is one of the “stones of fire” recorded in the Bible (Old Testament). The Bible has also recorded that Moses was given an agate stone and there was an agate in Aaron’s breastplate (Exodus).

Legend: all about love

Legend has it that Aphrodite, the goddess of love and beauty, was lying asleep under a tree when her son Eros, the god of love, secretly cut off her nails and flew away. While he was up in the air, Eros accidentally dropped Aphrodite’s nails, and the nails that fell to the ground turned into stones, that is, agate.

Therefore, it is believed that agate is able to attract love and romance and improve the relationship between lovers.

Agates are also widely distributed in China, in almost every province, most famous ones including Yunnan, Heilongjiang, Liaoning, Hebei, Xinjiang, Ningxia, Inner Mongolia and so on.

Art Deco Jewelry: What is it and where to buy?

Agate is not only a beautiful gemstone. In fact, it has powerful emotional and physical healing properties. Agate has the effect of relaxing our mind and body, eliminating boredom and relieving stress. Therefore, if you feel that you have been working a lot recently, you can try to wear agate jewelry or place agate crystals on your desk to reduce pressure and have better work life balance.

In addition, agate is able to calm our mind and improve sleeping quality. It is recommended to put the agate stone under the pillow to help us sleep better. Of course, different varieties of agate have different functions and benefits. Here we have selected the most popular agate stones and their healing properties. Enjoy.

It is worth mentioning that red agate is especially beneficial for depressed patients, as it can stimulate curiosity, help people to identify their goals in life and inspire a strong passion for life. Physically, red agate is able to improve the endocrine system and thus is recommended for women.

Moss agate is one of the most powerful healing stones, mainly for the digestive system and the stomach. Regarding emotional healing properties, moss agate is able to balance positive and negative energy, to eliminate mental tension and stress and to maintain physical and spiritual harmony.

Blue lace agate is a great healing crystal that has an intense, stable energy and brings peace to us. According to crystal healing therapies, it is believed that blue lace agate corresponds to the throat chakra and thus helps the owner to obtain higher levels of energy, to express thoughts and feelings more freely, and to eliminate anger.

In terms of emotional healing properties, blue lace agate is said to be able to relieve depression due to fear of criticism or rejection. This feeling of depression is common in parent-child relationships. Once we shy away from self-expression, which signifies the obstruction of the throat chakra, we would have problems communicating with others.

In addition, blue lace agate encourages the person to break free from existing rules and frameworks, get relaxed, and begin to experiment with new forms of expression as well as life.

Where to buy agate stones and agate jewelry?

If you want to buy agate stones and agate jewelry ranging from $0.5-$100, you can check Etsy. You can buy a raw agate stone, agate beads or agate jewelry, like an agate ring, an agate necklace and an agate bracelet that are affordable and of high quality and have them delivered to your house fast.

Alternatively, if you want to buy high end agate jewelry ranging from $100-$2000, you can check Farfetch. They have luxury brands like Gucci, Prada, Boucheron, Cartier, Chopard, David Morris, De Beers as well as designer brands that are unique and less well-known. You can also have all the products delivered to your home.

1. Bury or soak in kosher salt

The standard way to cleanse and purify an agate stone is to use kosher salt, since it does not contain common additives such as iodine.

How do we do it? If you use large grains of kosher salt, then simply put the salt on a plate or dish and then bury the stone within the salt for about 24 hours. Reminder, it can be longer than 24 hours, but not shorter. This is very effective and can last up to 3 months with a single purification, also called 100-day purification.

2. Place it on a crystal cluster

Agate and its energy come from nature, so we can also use natural methods to help cleanse and purify the stone. Place the stone in a flowing stream or river and rinse it with water for 20 minutes before drying it. If this is not possible, buy a bottle of mineral water and soak the crystal in it for 24 hours. This helps to remove the negative energy.

Thank you for reading this article, I hope it helps you get the information needed. Feel to share your thoughts below or check other articles on gemstones that we have published: The amethyst stone and its properties, colors, meanings.

Everything that you need to know about the sardonyx stone