People born in October celebrate and commemorate their birthdays with two beautiful and colorful birthstones- opal and tourmaline, both of which are known for their excellent coloring characteristics in the world.

In this article we will take a deep look at October birthstones, their history, characteristics, meanings and care and cleaning. Let’s go.

October birthstones: Opal and Tourmaline hide
1 October birthstone: Opal- the “palette” of all gemstones
1.1 Characterisctics, meanings and powers of opal: Love, passion and hope
1.2 Colors and categories
1.3 Care and maintenance
2 October birthstone: Tourmaline- the rainbow that fell into the earth
2.1 History and value of tourmaline
2.2 Meanings and powers of tourmaline: Joy, Positive energy, Charm and Self confidence
2.3 Categories, colors and meanings
2.4 Production sites: Brazil, US, Rusia, Madagascar and Sri Lanka
2.5 Care and maintenance

October birthstone: Opal- the “palette” of all gemstones

Characterisctics, meanings and powers of opal: Love, passion and hope

Opal is the birthstone of October. In fact, throughout most of human history, opal has been considered the luckiest and most amazing gemstone thanks to its excellent capability to present all of colors on it own.

In 75 AD, the Roman scholar Pliny pointed out: “Some opali carry such a play within them that they equal the deepest and richest colors of painters. Others…simulate the flaming fire of burning sulphur and even the bright blaze of burning oil.”

He was very amazed. On this kaleidoscope-like gem, you can see the flame of rubies, colorful stains of amethysts and a green sea of emeralds, colorful, seamless and beautiful. The high-quality opal is known as the “palette” of gemstones, thanks to its special color-changing effect.

In ancient Rome, this gem symbolized love, passion and hope.

White opal is also called “milk opal” because its background color is translucent white or light-toned. It is mostly mined in Coober Pedy, Australia, and the amount of high-quality white opal is very small. 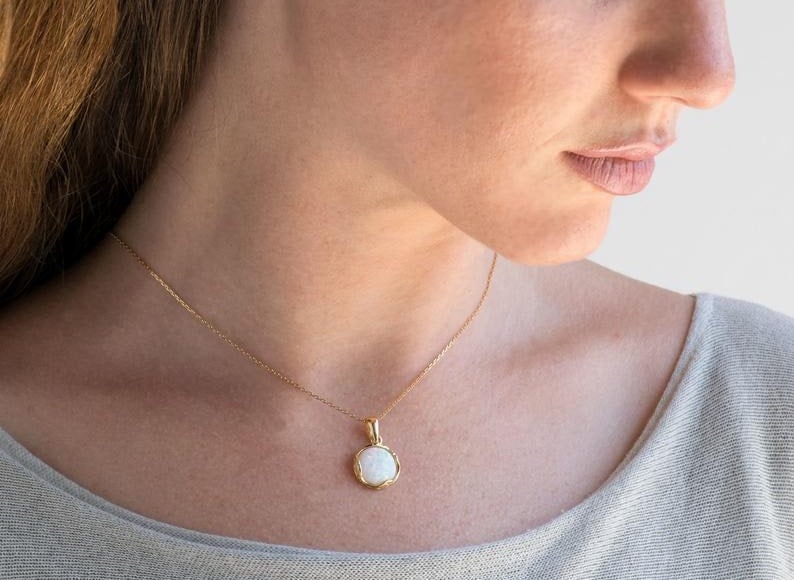 The background color of black opal is translucent to opaque black or dark gray. It is the most expensive and rarest species. Many people have misunderstood the concept, thinking that the black opal is black. In fact, black opal just looks darker than the other lighter ones. 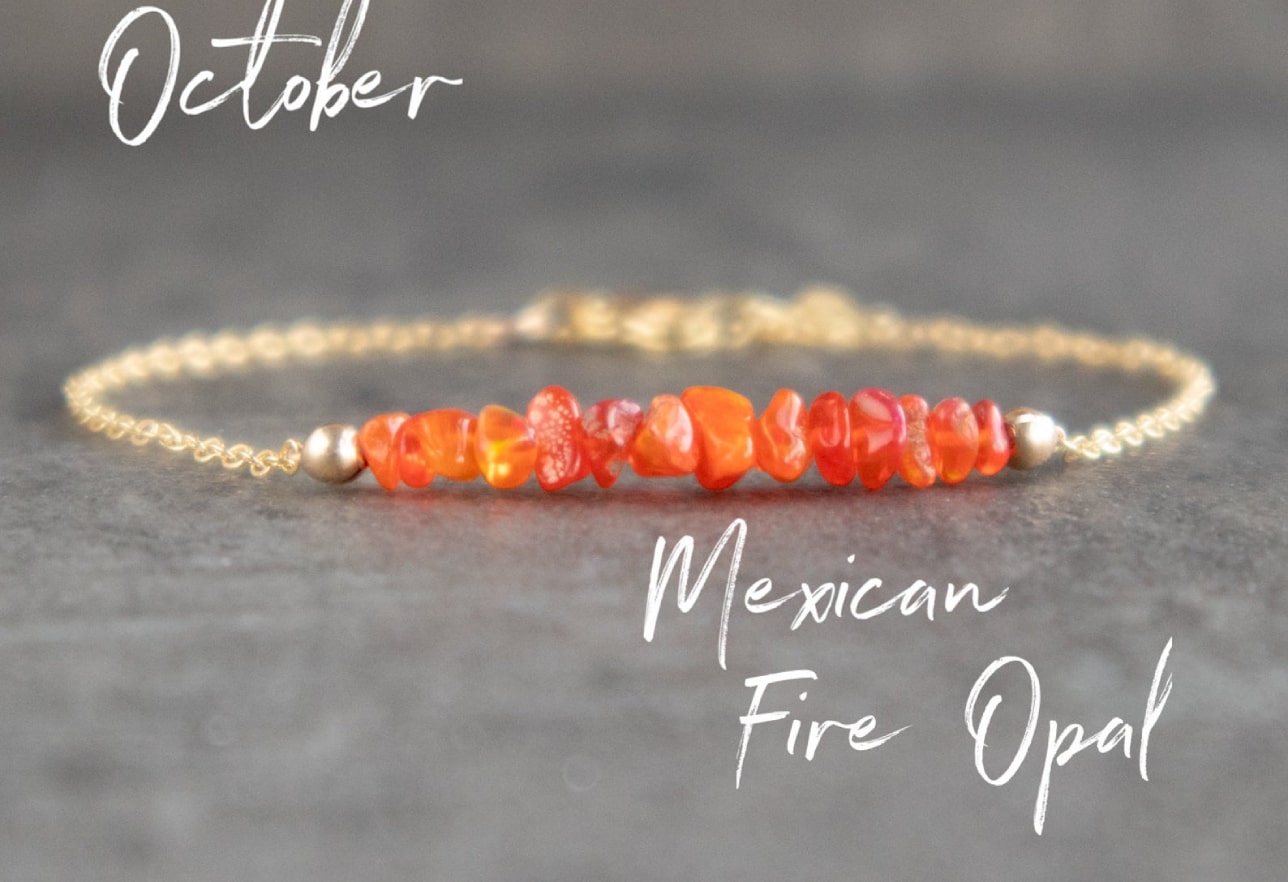 Translucent to opaque, generally in orange, red or brown. Among all fire opals, the bright red is the most expensive.

Fire opal is often associated with Mexico. In deed most high-quality ones are produced in Mexico, like Queretaro, Hidalgo, Guerrero, Michoacan or other places. The most important mining site of fire opals, Queretaro, was discovered in 1835 and is till in production so far. 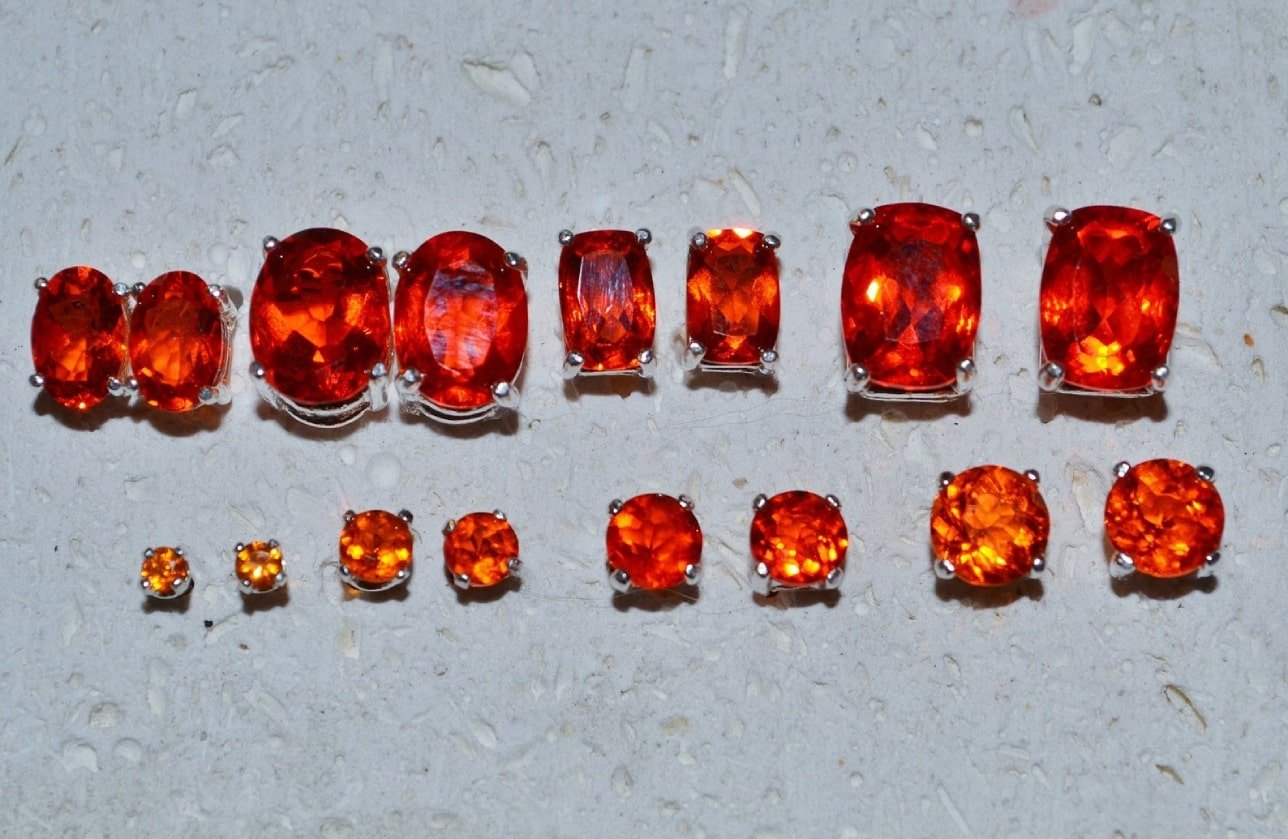 Boulder opal is very special, it refers to a kind of bright colored opal attached to the iron ore. Those two elements are difficult to separate and therefore they are cut together, which leads to even better results in terms of ornamentality, as the dark iron ore make the colored opal more vivid and beautiful. 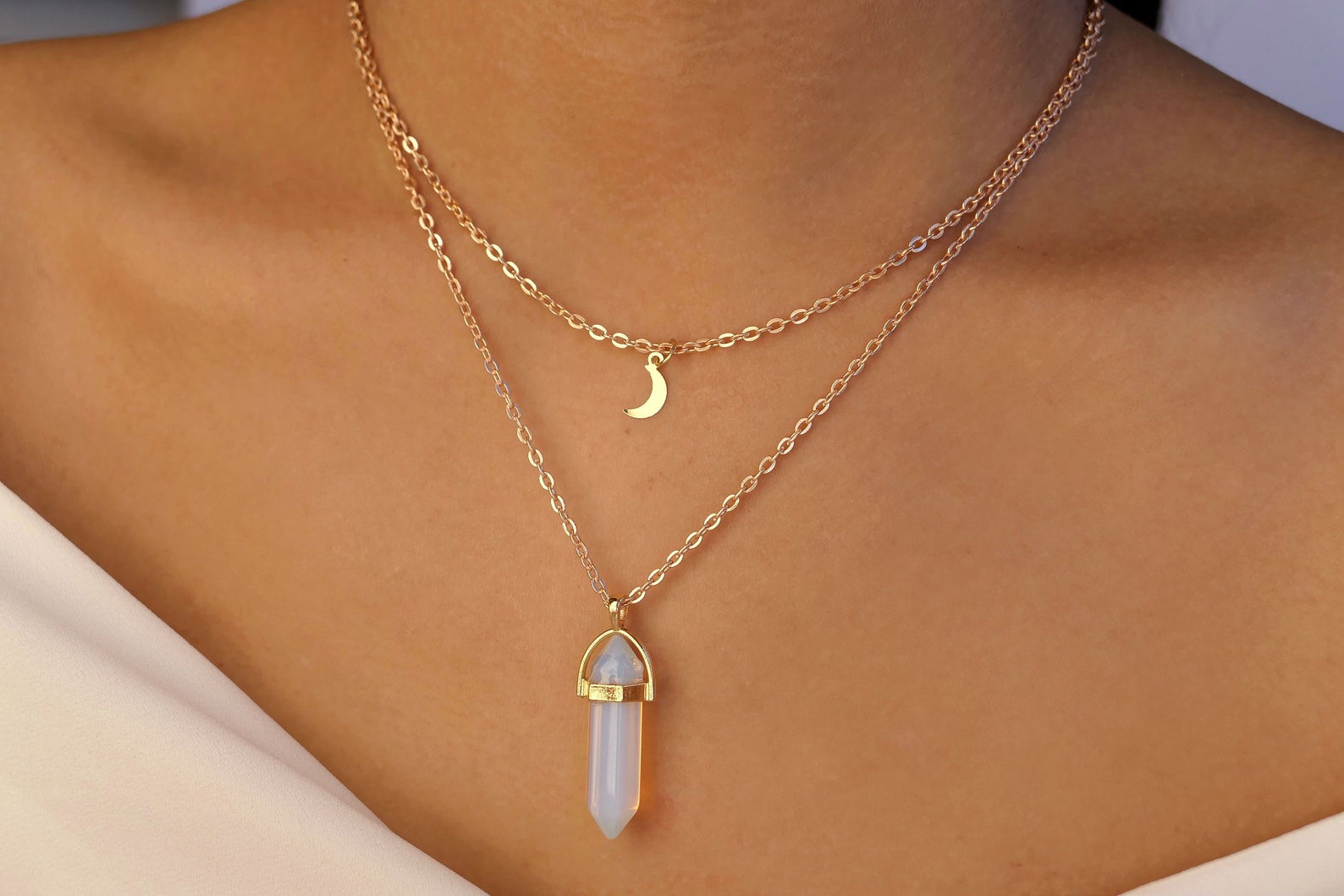 Crystal opal can be referred to as any of the above categories, except that its body color is transparent or translucent. Through the crystal opal we can even see the objects behind. This type of opal have both dark and light shades, so we call them either “crystalline black opal” or “crystalline white opal”.

We can clean opals with warm water or detergents with a soft brush or a damp cloth, but never immerse the stones in water.

Never use any bleach either.

Do not use ultrasonic equipment, as the strong microwave may cause the opal to break and water might just penetrate the stone.

If you need to store the stone for a short time, just put it in a soft cloth bag. For a long time then we should wrap the opal with cotton or wool products with a little water, which is mainly to avoid the adverse effects of dry weather.

October birthstone: Tourmaline- the rainbow that fell into the earth 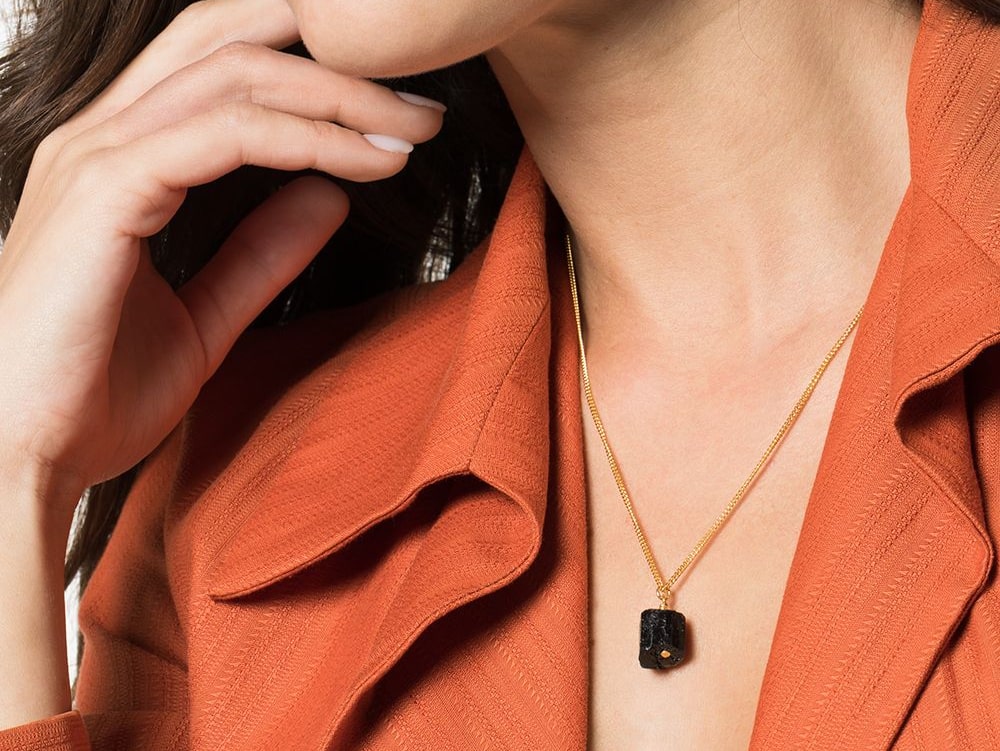 History and value of tourmaline

Tourmaline, also known as the wish stone, has strong energy itself and is a gem that tends to absorb.

In 1500, a Portuguese exploration team discovered a gem in Brazil that glowed with colorful neon lights. This gem hidden at the foot of the rainbow that day was therefore called tourmaline by future generations, also known as “the rainbow that fell into the earth“.

At present, tourmaline together with ruby, sapphire, aquamarine, tanzanite, emerald, is classified as precious gemstones, which is deeply loved by the public and have huge market values. 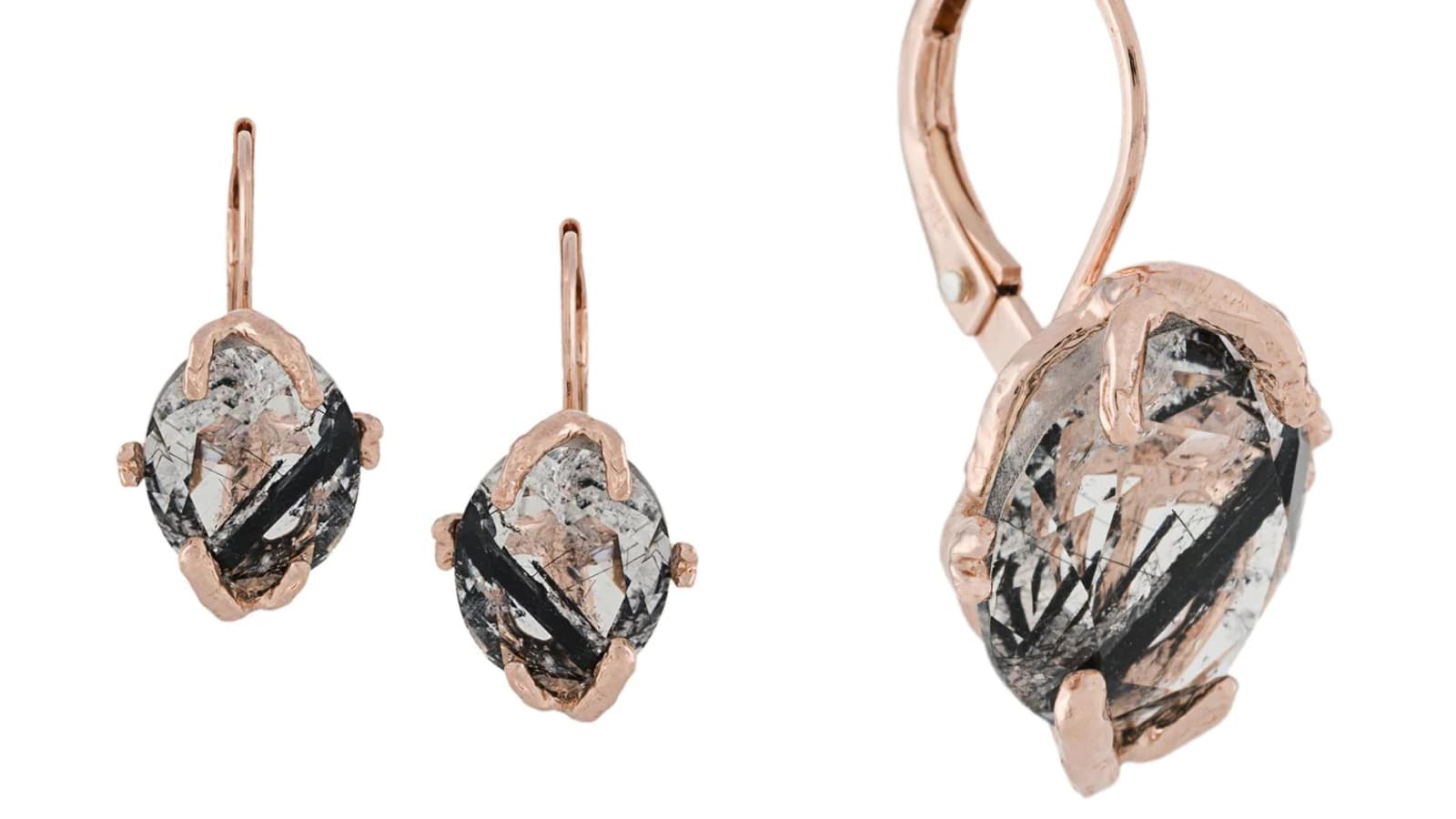 Meanings and powers of tourmaline: Joy, Positive energy, Charm and Self confidence

The energy contained in this October birthstone has a calming effect, which helps people focus. In addition, those changeable colors inspire ideas and creativity, so that people could behave steadily, do their best, and make their careers flourish.

Tourmaline can also emit a magnetic field with great affinity, which can eliminate the indifference among individuals, and therefore have a natural attracting effect regarding love and friendship. At the same time, people wearing tourmaline jewelry can release more charm and become more attractive.

In addition to the above effects, red and green tourmalines also have the meaning of accumulating wealth and riches.

The international jewellery industry basically divides tourmalines according to the color. The more intense the color, the higher the value.

Tourmalines have the most abundant colors among all kinds of gems. Thanks to its complex composition, chemical formula being Na(Mg,Fe,Mn,Li,Al)3Al6[Si6O18][BO3]3(OH,F)4, among which iron, magnesium, lithium, manganese, aluminum and other elements can be replaced with one another, the combination and quantity of each ion directly affect the colors of tourmalines.

For example, some think that black tourmalines can protect the wearer and pass self confident. Pink tourmalines symbolize love and is associated with compassion and tenderness. Green tourmalines enhance courage, strength and perseverance. 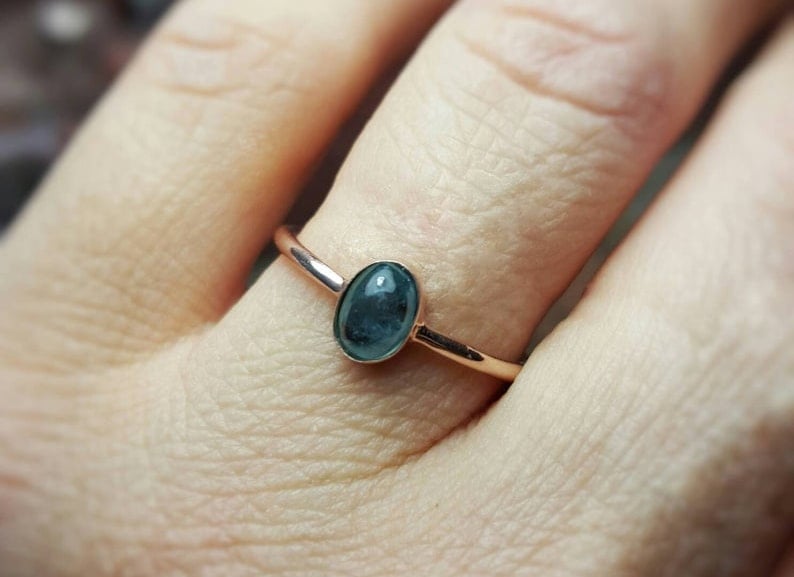 A general term for light blue to dark blue tourmaline. Blue tourmalines are rare, and now they have become the most valuable kind of tourmalines. They are produced in yellow clays from weathered granites in Siberia, Russia, and also in Brazil, Madagascar, and the United States.

The blue tourmaline symbolizes the clearness, purity, tranquility and freedom of the ocean and the blue sky, making us feel detached and far from the crowd.

It also has the characteristics of quietness and reasoning, which is the opposite of the red tourmaline. In the business world, the blue tourmaline is thought to imply balance. 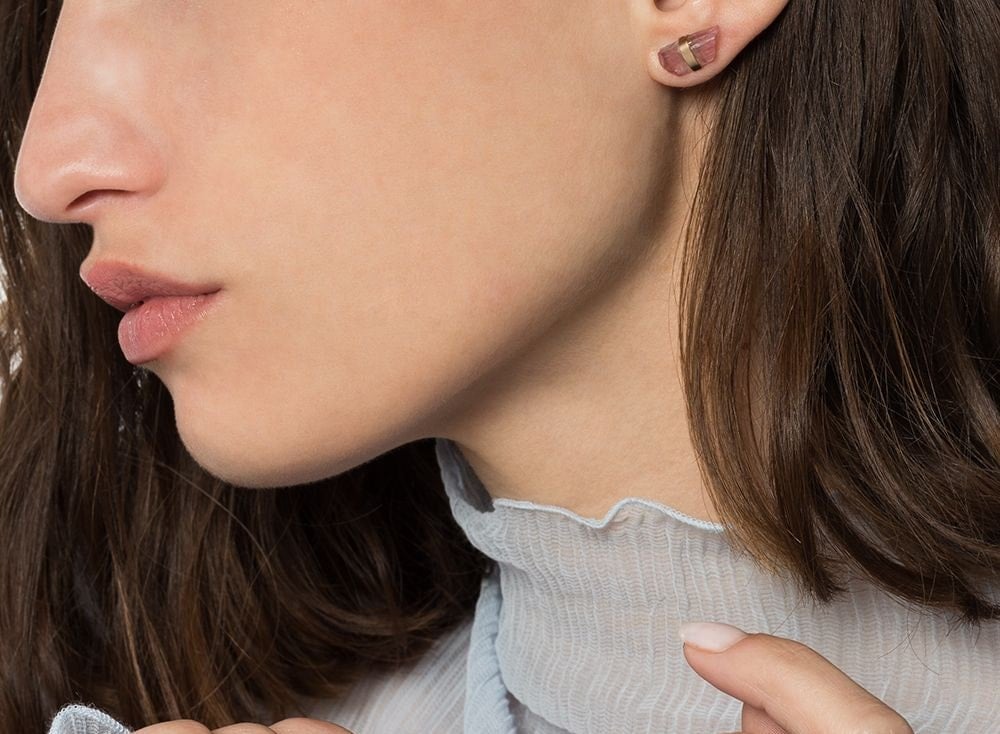 A general term for pink to red tourmalines. Best colors in this collection are fuchsia and rose red. However, in nature we have more brown, maroon, and crimson and the hue changes greatly. 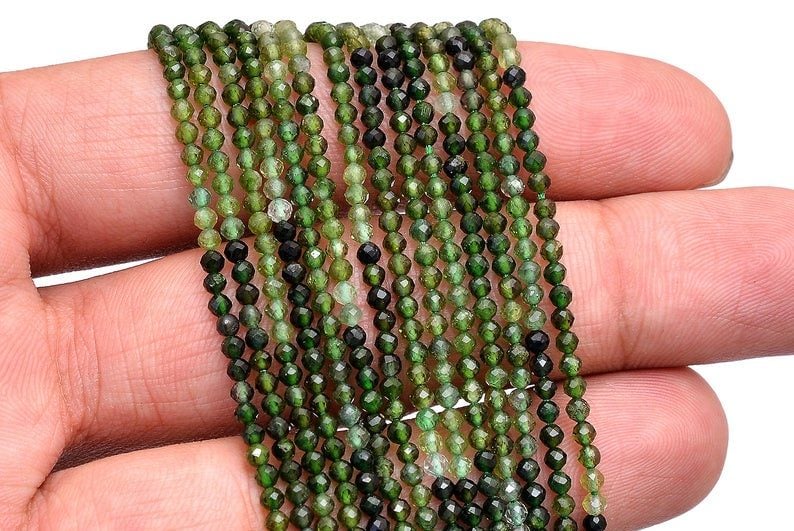 Green and yellow tourmalines are the most common of all color variants and are therefore less valuable than blue and red ones. Green tourmalines are mostly produced in Brazil, Tanzania and Namibia, while yellow ones are found in Sri Lanka.

Among all the Brazilian mining sites, Paraiba state produces a tourmaline with a special green-blue tone. It is very expensive and scarce and in extremely large demands. It is therefore named Paraiba Tourmaline. 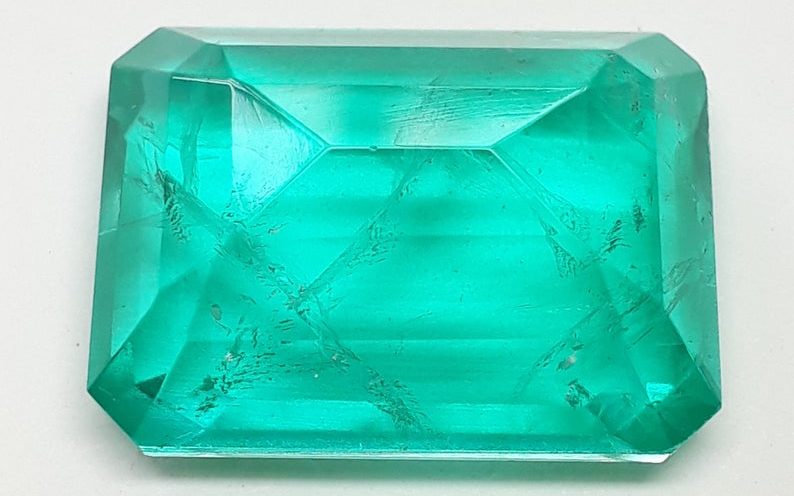 Green tourmaline represents freshness, health, and hope. It is a symbol of life. It has a sense of safety, calm, and comfort. It is like when you see trees and green leaves in spring and you get a sense of rebirth.

Green tourmaline is also a gem that attracts wealth. 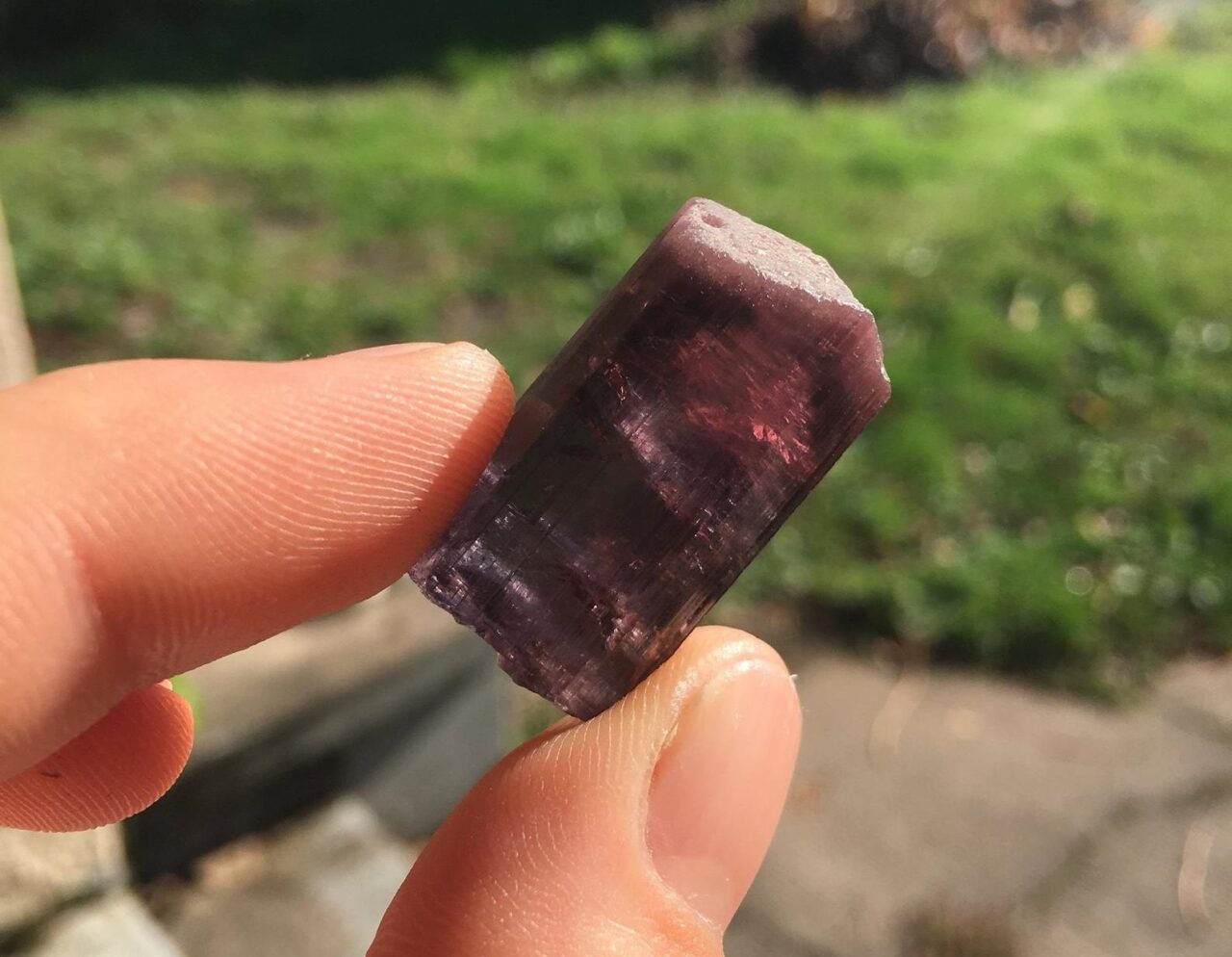 The purple tourmaline, also called Siberite, is mysterious, noble, and elegant, representing an extraordinary status. It combines both the enthusiasm of red and the calmness of blue, and is often used for noble and religious occasions.

Tragus piercing and tragus jewelry: The complete guide that you need

Since the purple tourmaline is able to inspire creativity and bring unlimited inspirations, this gemstone is also known as the God of Inspiration. 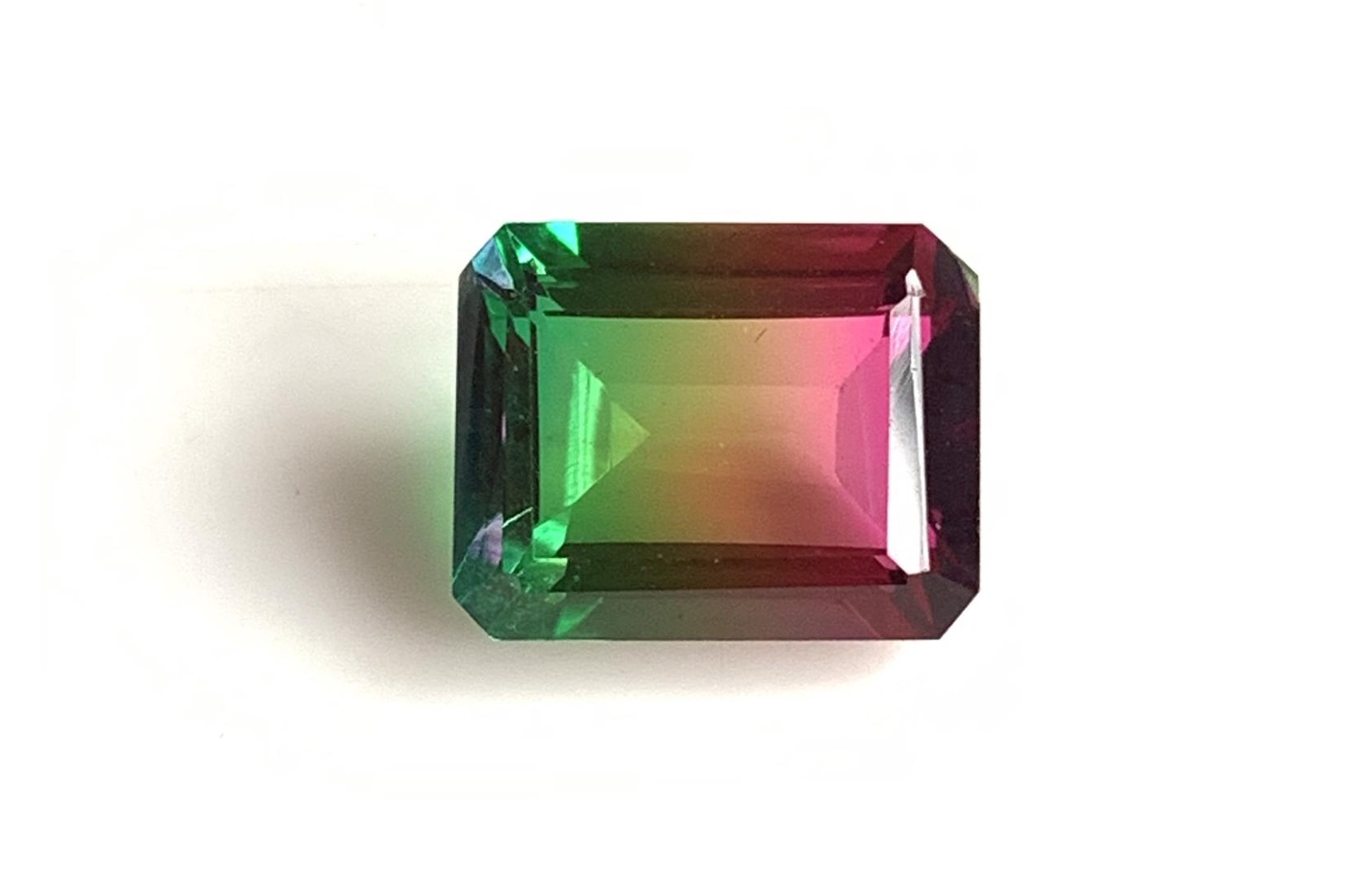 A general term for tourmalines that present multiple colors, usually red and green, commonly known as the “Watermelon Tourmaline”. They are currently very popular with collectors and consumers. 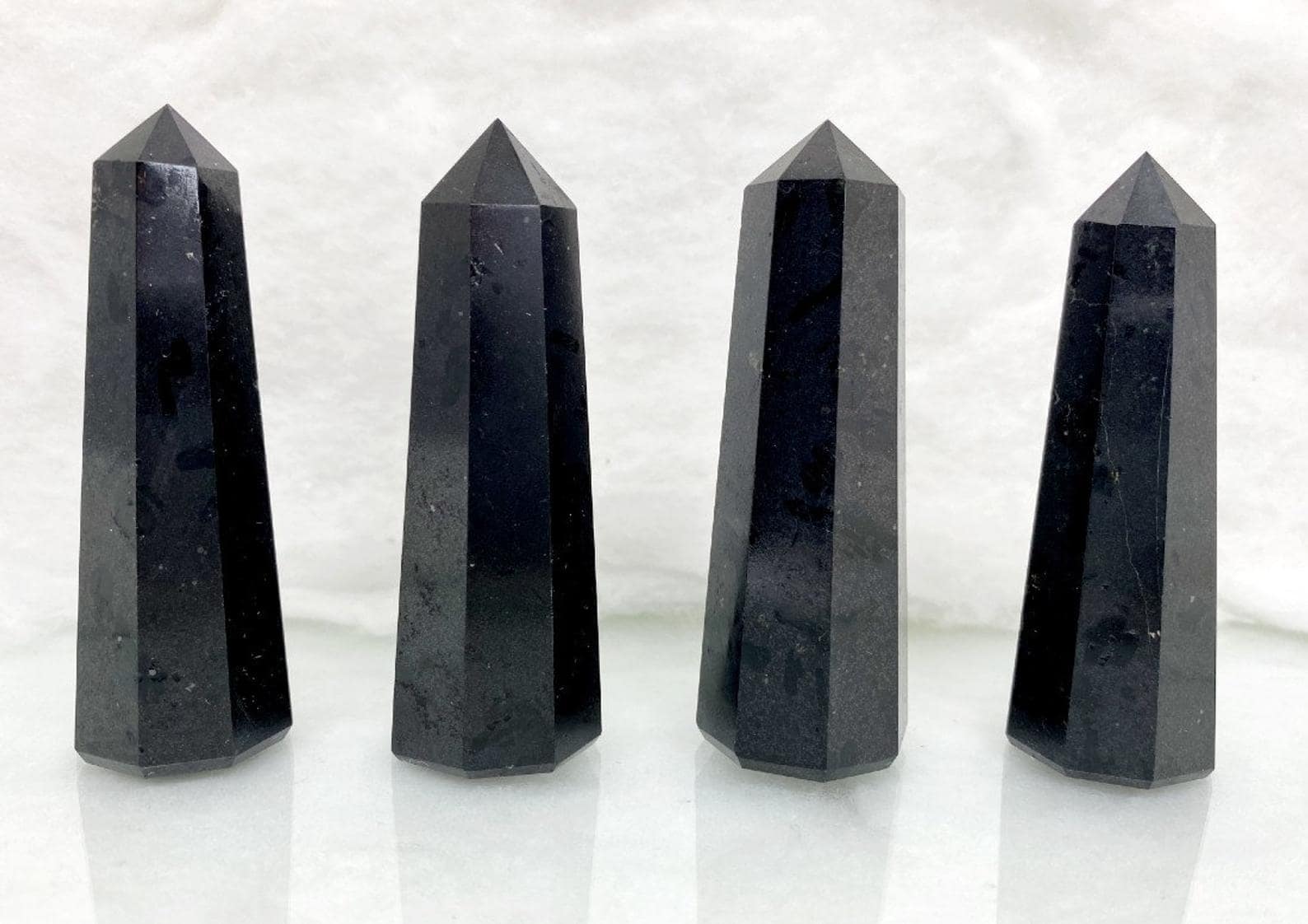 For those who are easily frightened and have nightmares during sleep at night, placing a black tourmaline aids to stabilize the space energy field and to dispel evil. Patients wearing black tourmalines can avoid external interference, concentrate on healing, and increase the speed of recovery. 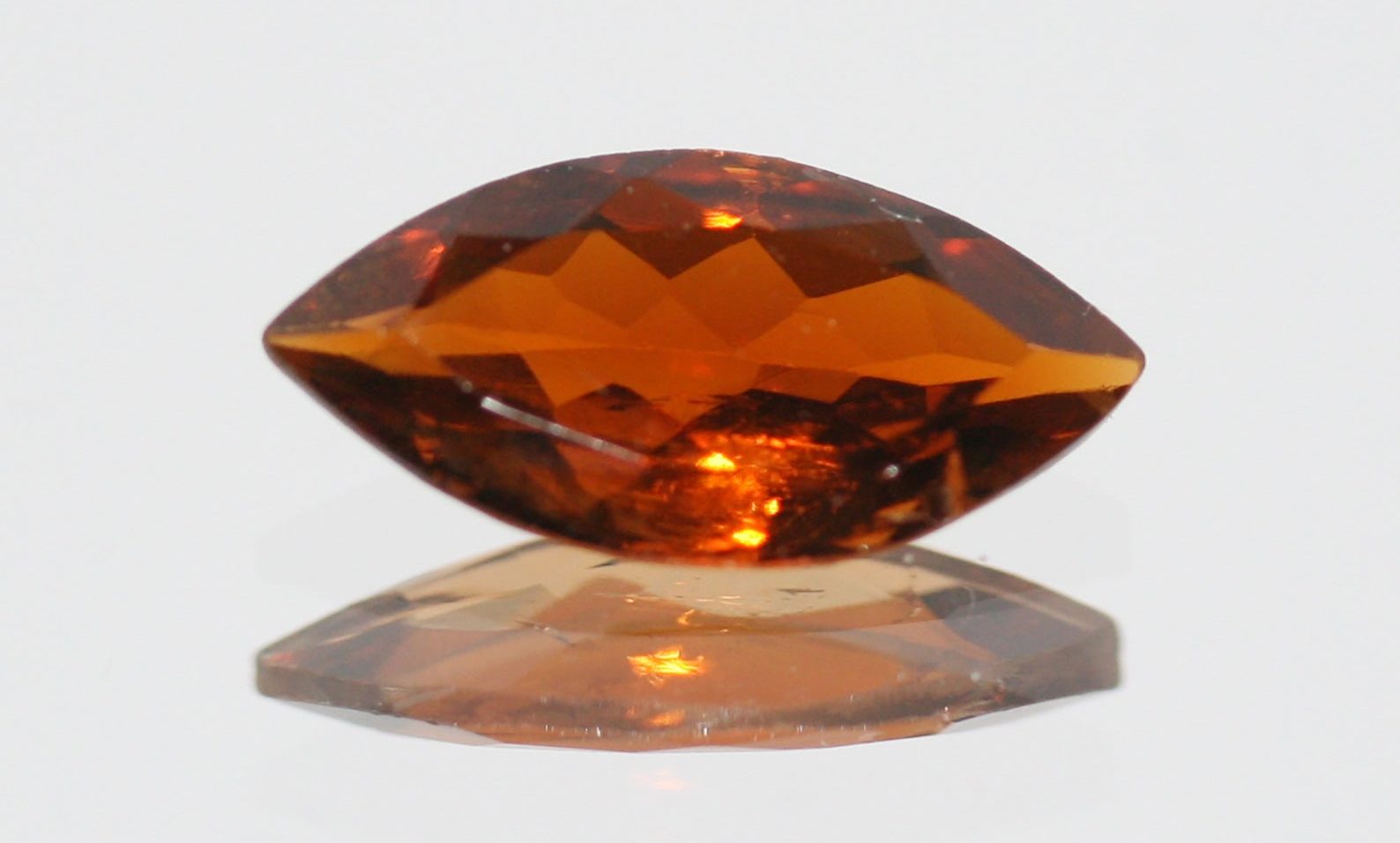 Darker in color, rich in magnesium. Brown tourmalines are mostly produced in Sri Lanka, North America, Brazil and Australia. The English name for brown tourmaline comes from the Drewe region of Austria. 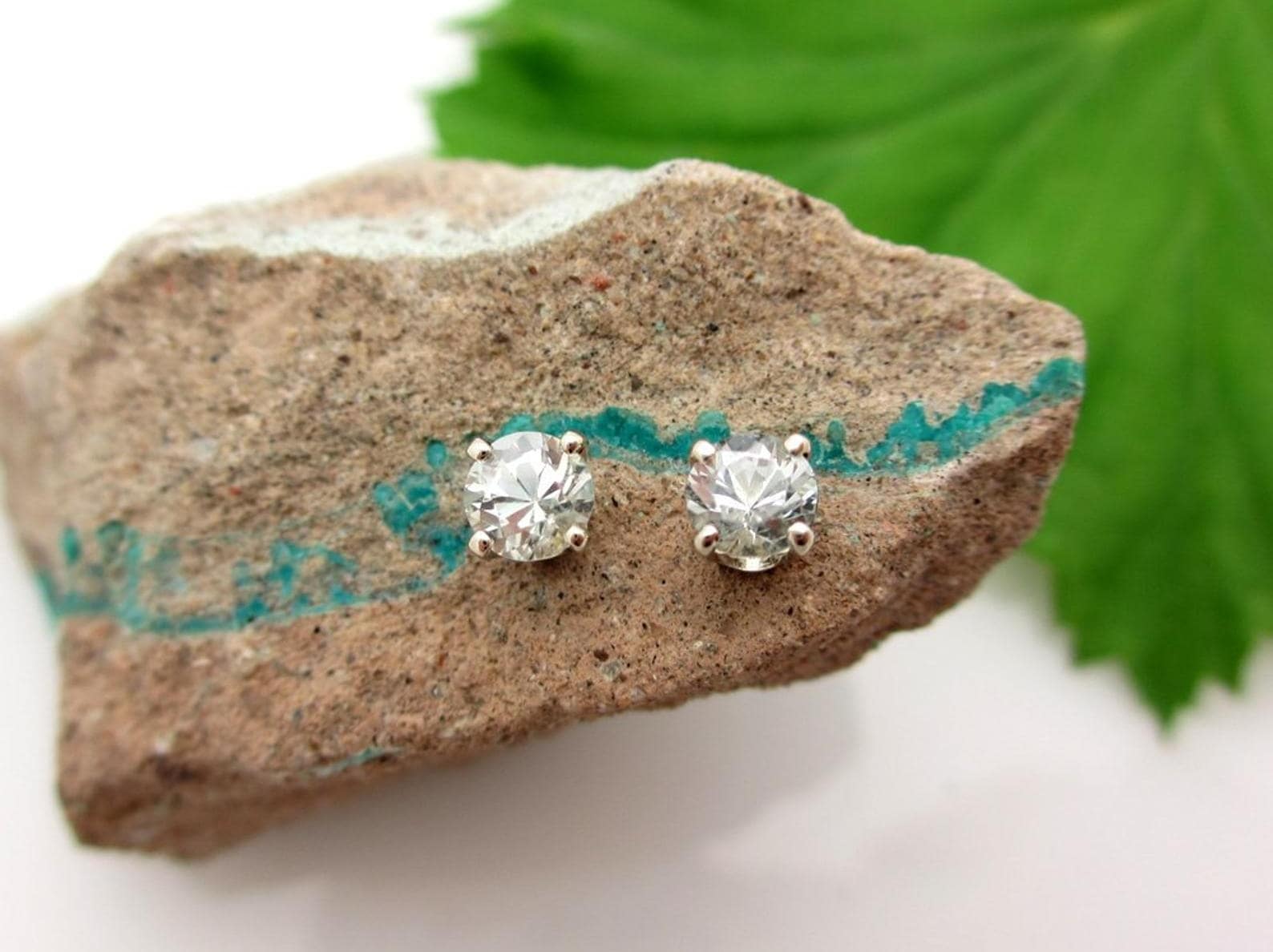 Brazil is the world’s best source of high quality tourmalines, production sites mainly in Minas Grasse. The tourmalines produced here are really colorful. So far, more than twenty kinds of colors have been discovered, including almost all of the possible colors of tourmaline.

Red and green tourmalines produced are  Brazil’s best-selling products. They are the country’s main mineral resources and are mostly mined in the rich pegmatite veins in this region.

Among all the Brazilian mining sites, Paraiba state produces a tourmaline with a special green-blue tone. It is very expensive and scarce and in extremely large demands. It is therefore named Paraiba Tourmaline. 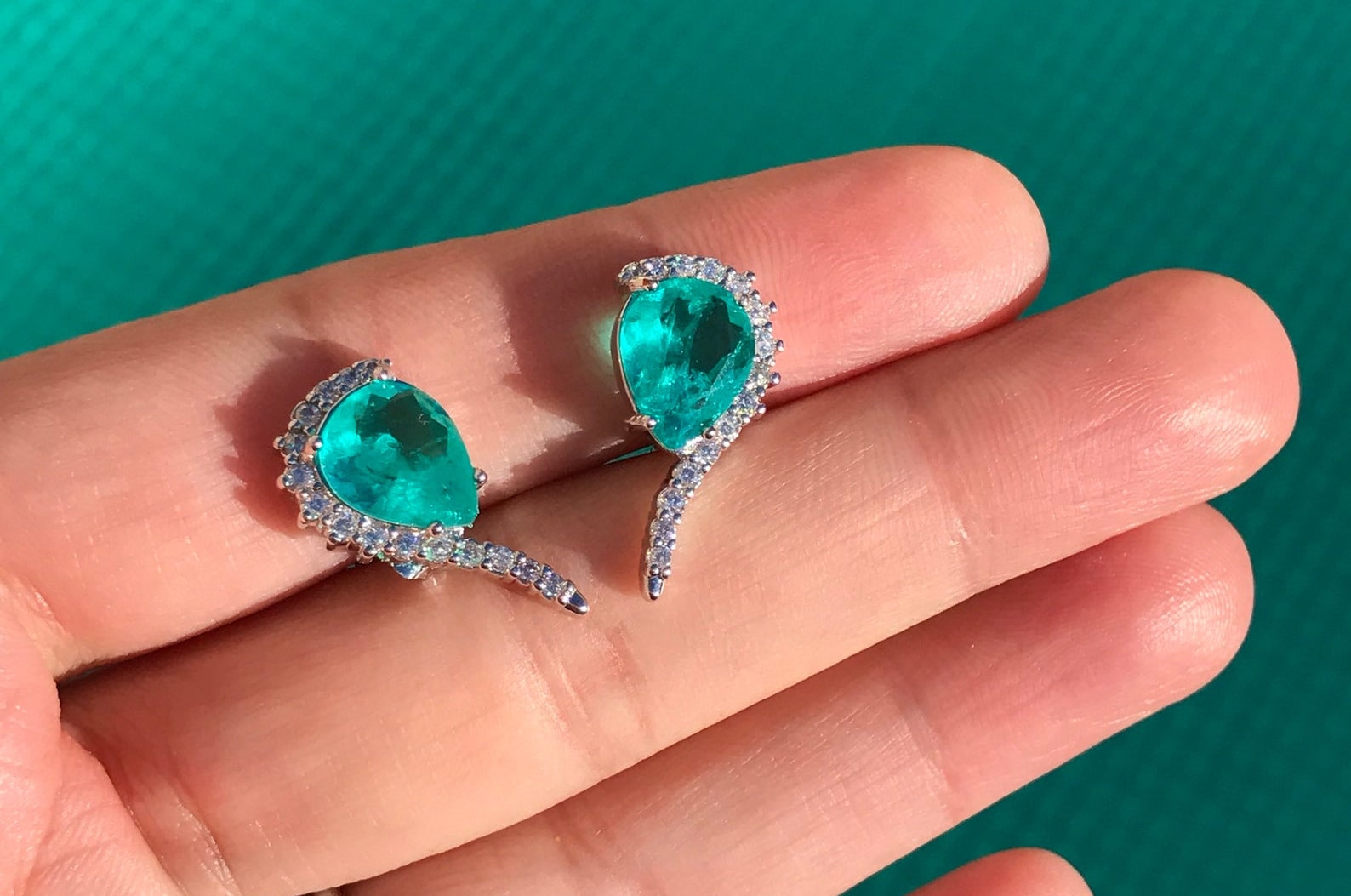 Siberia in Russia, Madagascar, Sri Lanka, and Myanmar also have tourmalines, but the quality is not as good as those of Brazil’s.

China’s tourmaline production locations are mainly concentrated in the Altay region of Xinjiang Province and Yunnan, where there exists an abundant amount of mines for quality tourmalines. Tourmalines in Xinjiang have bright and vivid colors, mostly red, green, blue and multi-colored one. Crystals are large and quality is relatively good. 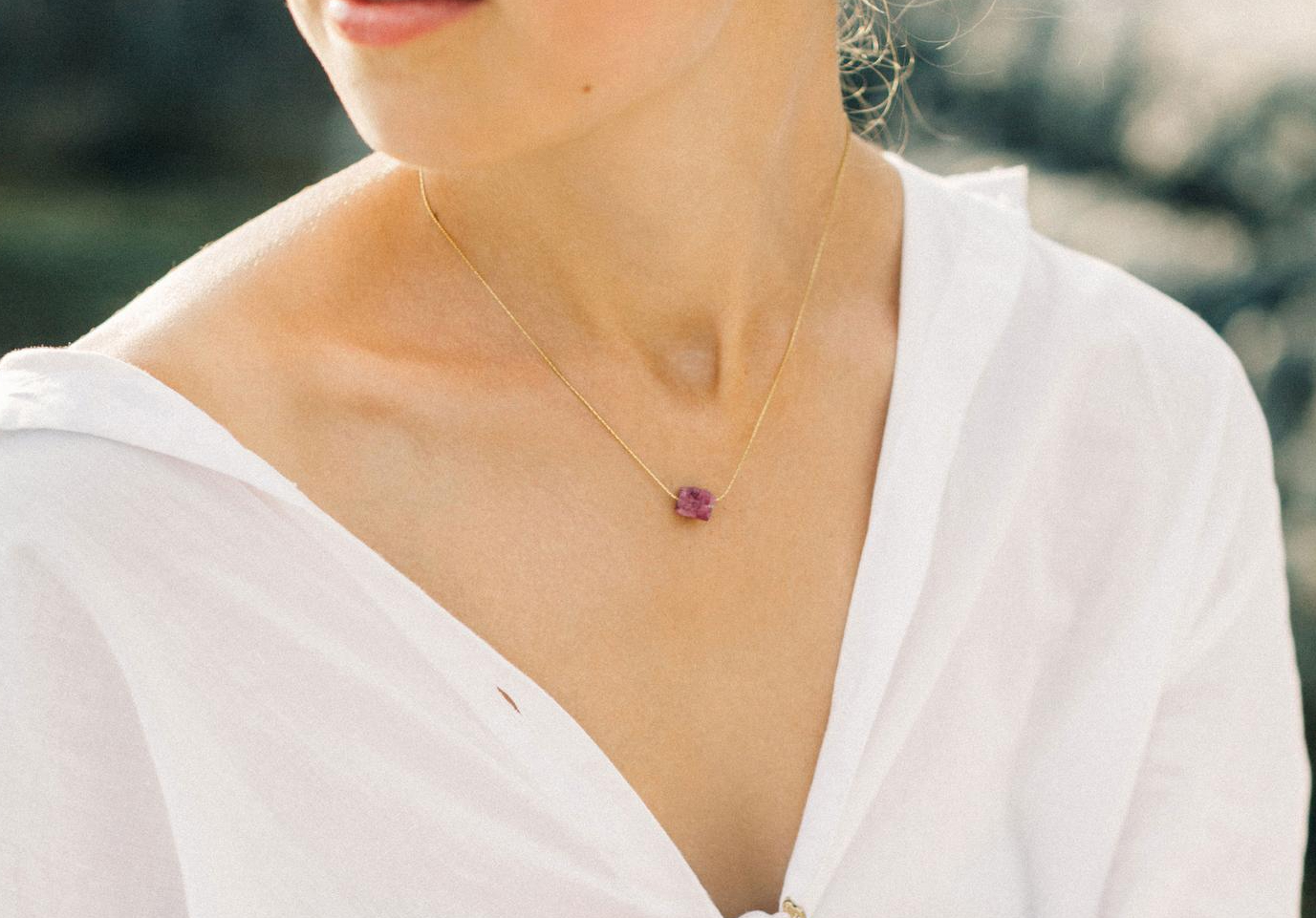 The first trick is to put tourmaline jewelry in the box separately from others when you don’t wear them. Do not let your jewelry rub and impact one another, causing unnecessary loss.

Secondly, since the hardness of tourmaline is relatively high, i.e. 7-8, the stone itself is relatively brittle and fragile, afraid of falling and clash. Therefore, unless you are wearing a totally pure and flawless tourmaline, try not to wear during strenuous exercise or heavy work, so as to avoid breaking the gemstone.

Thirdly, it is a good habit to regularly check and repair your tourmaline jewelry in time. Go to a professional on a periodic basis to check your October birthstone jewelry so to resolve any issues. 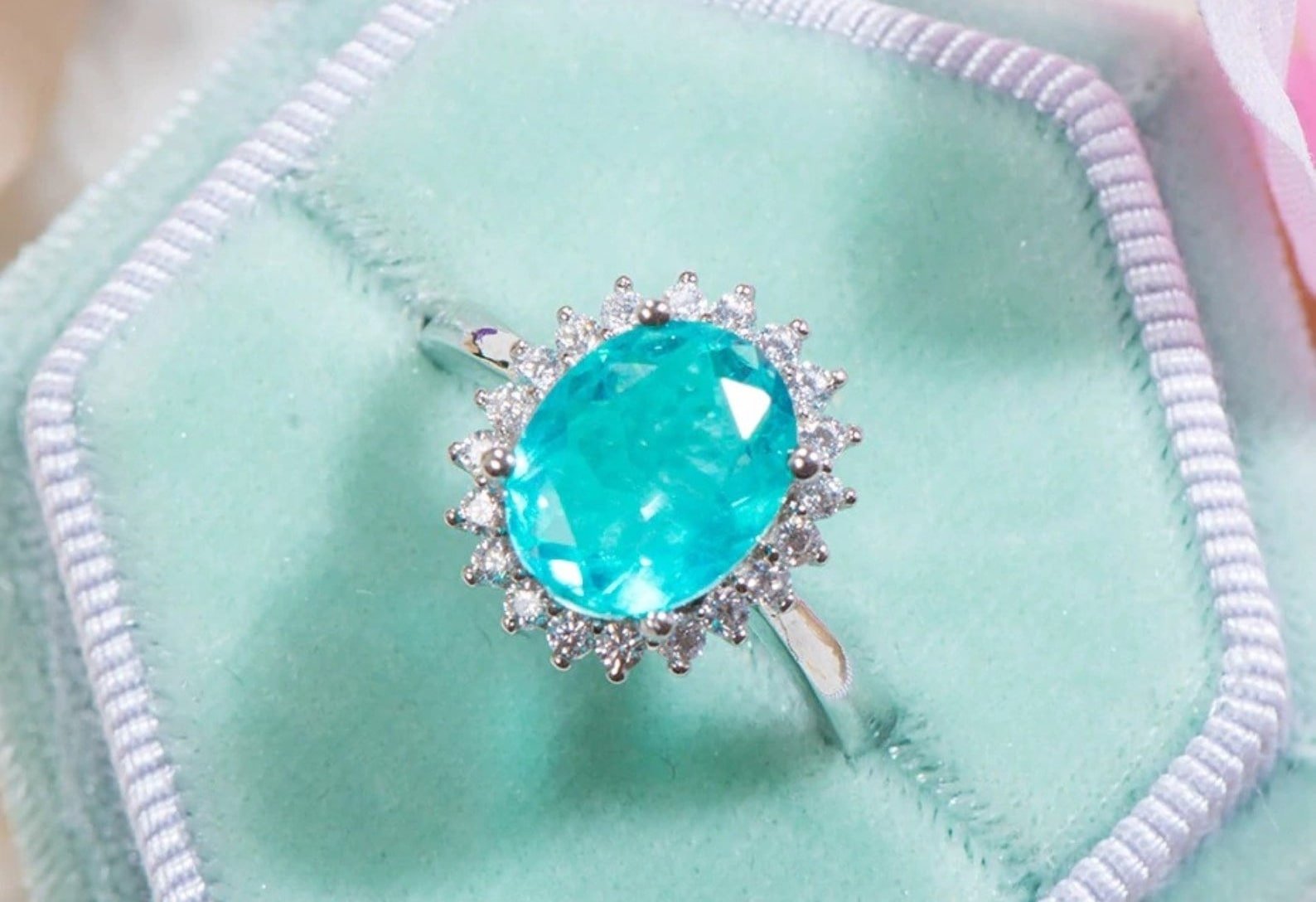 Thank you for reading this article about October birthstones, I hope it helps you get the information needed. Feel to share your thoughts below or check other articles on birthstones that we have published.

Most precious red gemstones in the world with pictures

Pink gemstones: Who would be your valentine?

Subscribe now to get notified about our new articles on jewelry and gemstones!