October Birthstone: Why We Love Them And You Should, Too!

For centuries, people have always loved red gemstones as red represents love, passion and joy. In fact purely red gemstones are very rare in nature and precious. One of the most famous red gemstones include the pigeon blood red ruby produced in Myanmar.

The best condition of a red gem is of pure color, good clarity and high saturation. In addition to these factors, the hue is also important. In red gems, the most common hue is red with purple or orange.

Related articles on gemstones by color:

It is generally believed that pure red or red with a little purple makes the top quality of red gemstones. As the hue deviates from the ideal state, the value decreases. Of course this does not mean that purple or orange is not beautiful in themselves. In fact, few gems can approach a ideally pure red color.

Agate: the stone of happiness 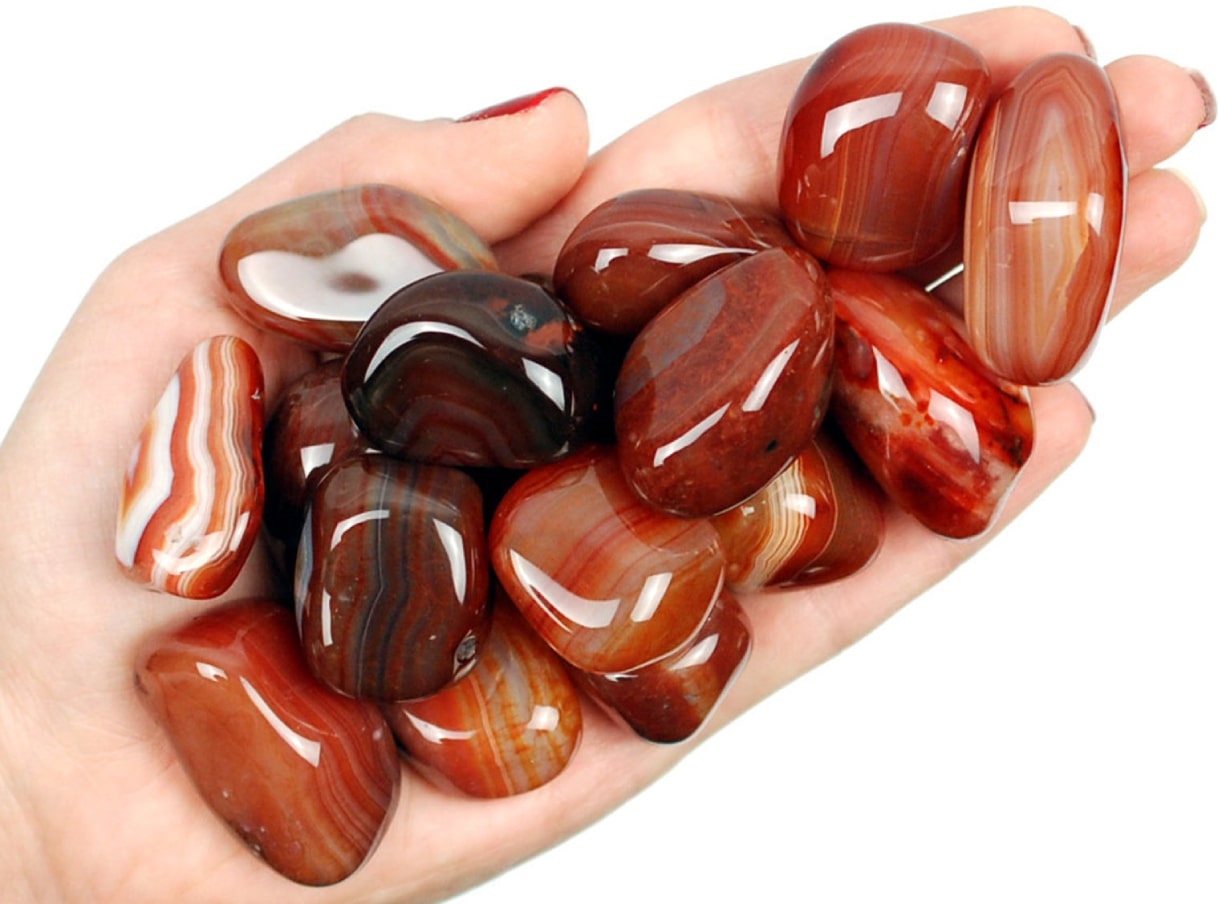 Agate is one of the seven treasures of Buddhism. It has been used as an amulet since ancient times. As the “birthstone of August”, agate is generally regarded as the stone of happiness. People believe that agate strengthens love, helps to improve the relationship between your lover and yourself, and therefore boosts harmony. 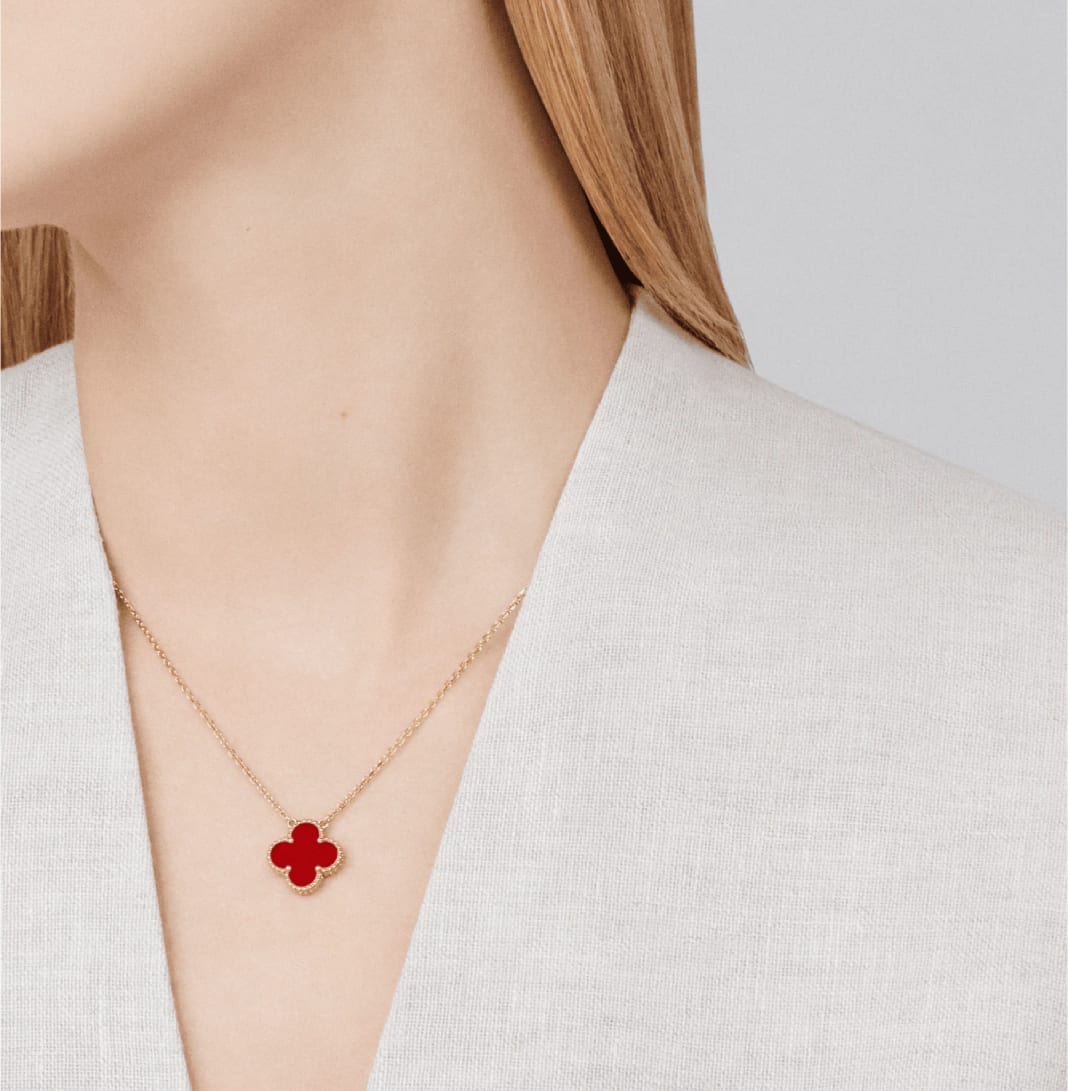 Carnelian, the name is originated from Carne, which means “flesh and blood” in Latin, as the stone is in bright red that looks like human flesh. Its hardness is high, and sounds crisp and mellow when tapped lightly.

Carnelian is a precious gem with affordable prices and a large quantity in nature. Production sites of high quality carnelian include Uruguay, Brazil, and Madagascar. 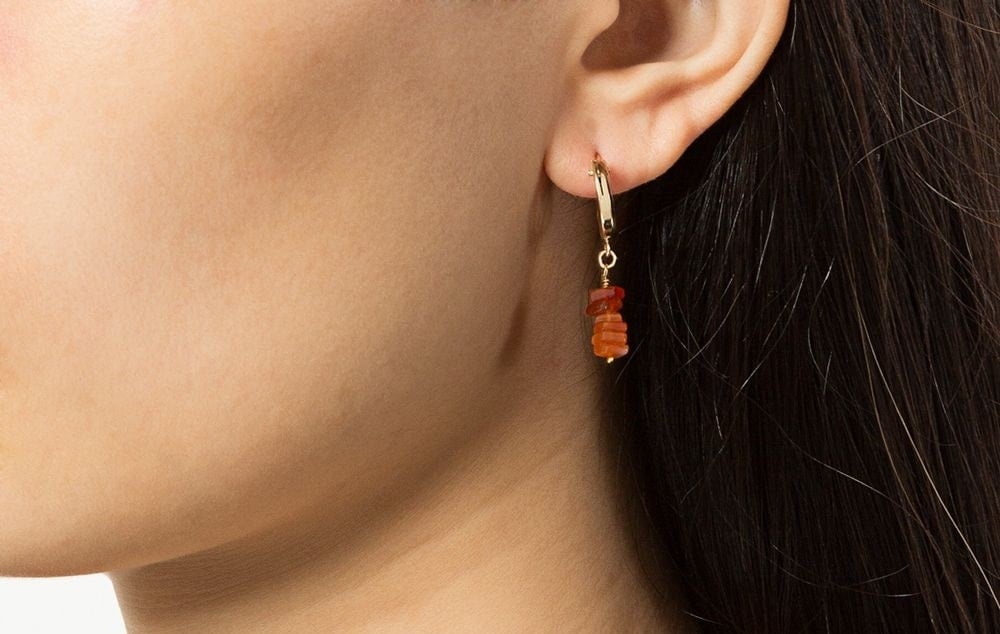 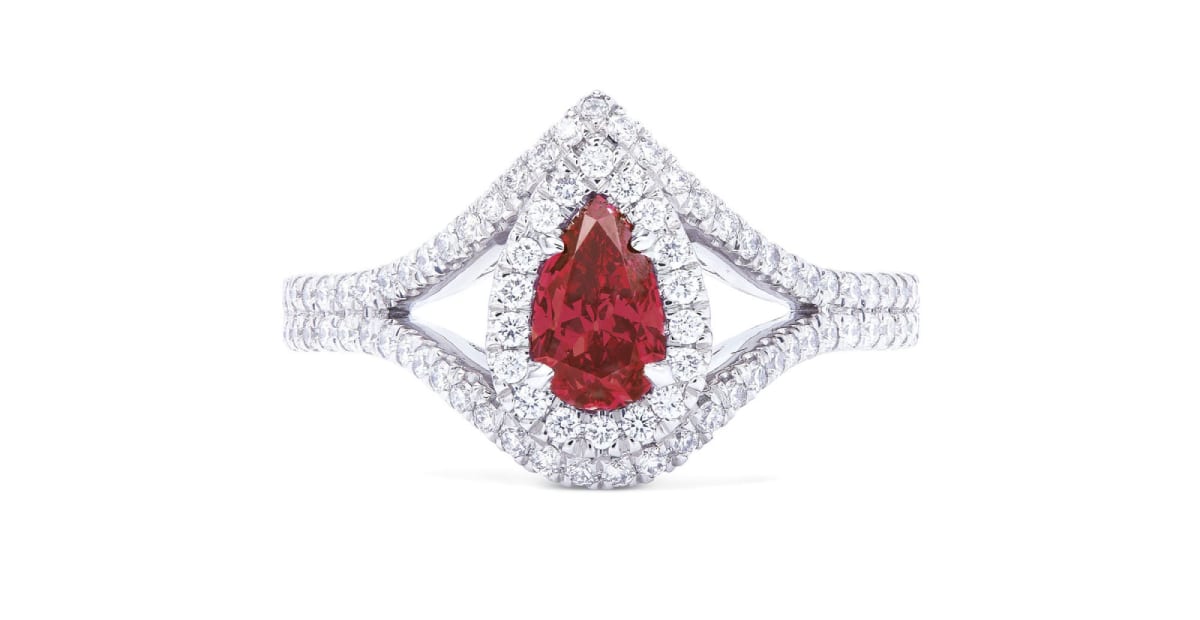 Red diamonds are the rarest variety in colored diamonds, and even lots of experts in the jewelry industry have no chance of seeing a natural red diamond.

Like other colored diamonds, red diamonds can be both in pure red or red mixed with other colors like purple, brown and orange. Among them, the “blood diamond” with a pure bright red color is particularly rare and precious.

The most famous among all red diamonds is The Moussaieff Red, which weighs 5.11 carats and has a medium-red color grade and IF clarity. It is the largest red diamond in the world and In 2001 it was sold at auction for $ 8 million, which is equivalent to $ 1.6 million per carat.

Red diamonds are generally produced in Argyle, Australia. This mining area is famous for producing fine red, pink, purple, blue and brown diamonds. In addition, Brazil, Russia and India are also the main sources of diamonds. 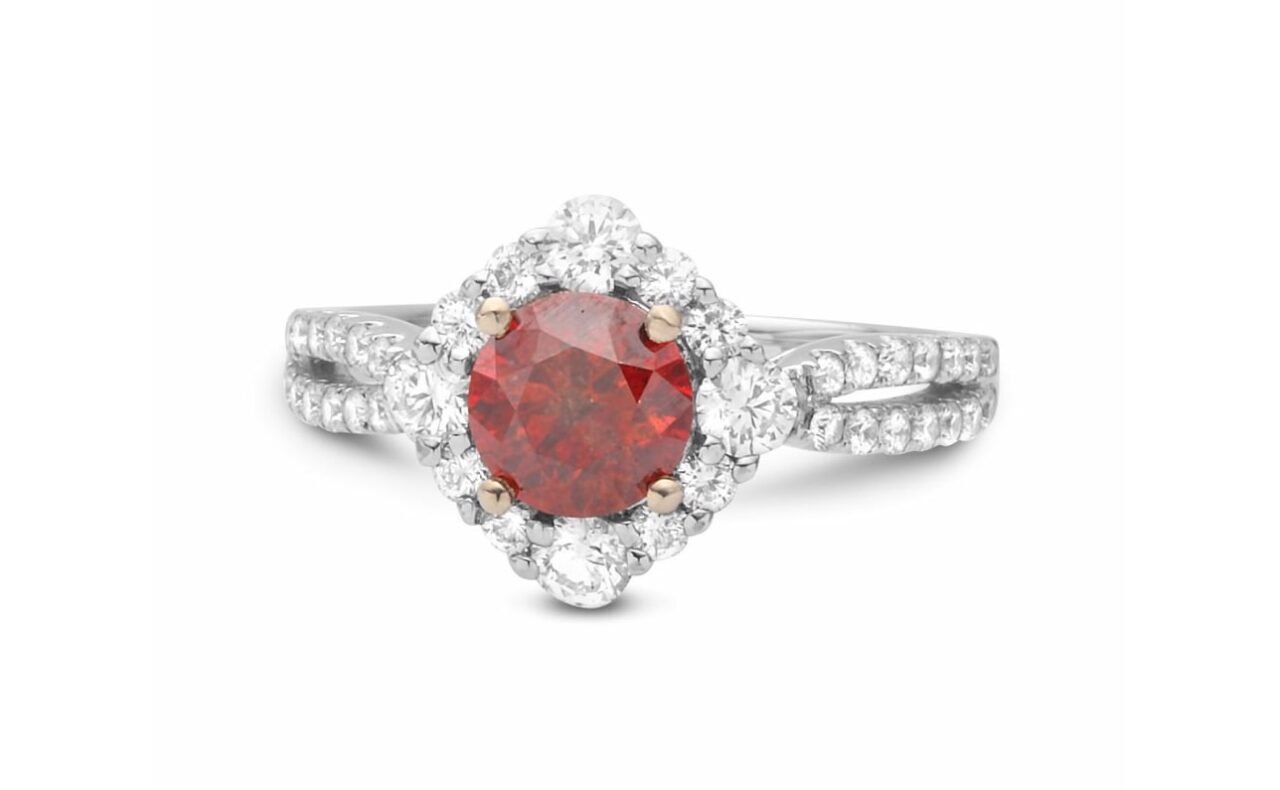 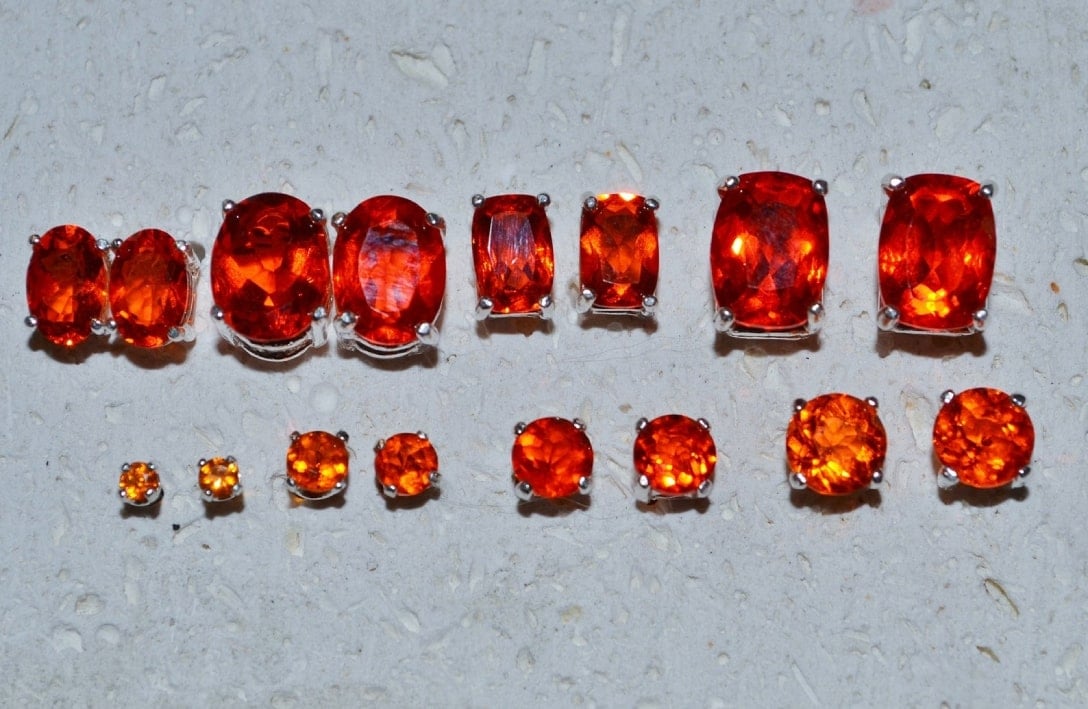 Translucent to opaque, generally in orange, red or brown. Among all fire opals, the bright red is the most expensive.

Fire opal is often associated with Mexico. In deed most high-quality ones are produced in Mexico, like Queretaro, Hidalgo, Guerrero, Michoacan or other places. The most important mining site of fire opals, Queretaro, was discovered in 1835 and is till in production so far.

We can clean opals with warm water or detergents with a soft brush or a damp cloth, but never immerse the stones in water.

Never use any bleach either.

Do not use ultrasonic equipment, as the strong microwave may cause the opal to break and water might just penetrate the stone.

If you need to store the stone for a short time, just put it in a soft cloth bag. For a long time then we should wrap the opal with cotton or wool products with a little water, which is mainly to avoid the adverse effects of dry weather. 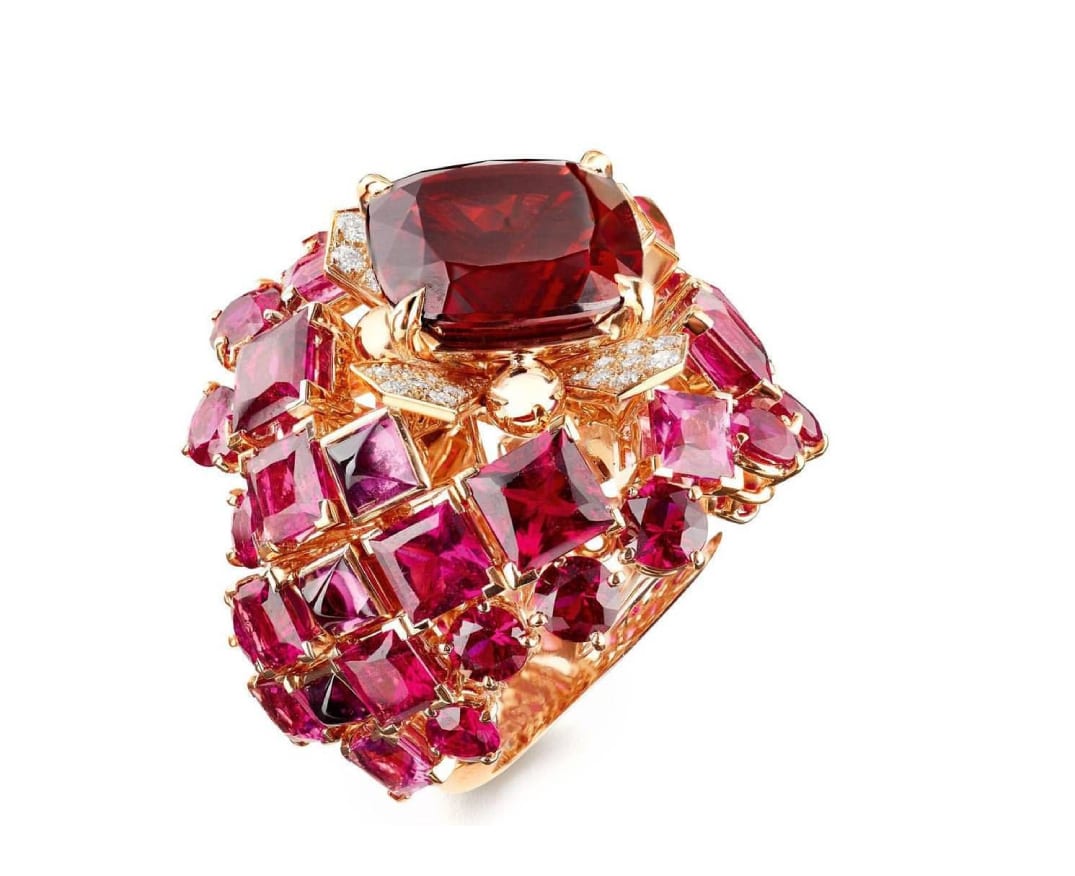 Rhodolite, also known as the red garnet, is a varietal name for rose-pink to red mineral pyrope, a species in the garnet group. It is mostly produced in Arizona, South Africa, Argentina, Australia, Brazil, Myanmar, Scotland, Switzerland and Tanzania, Mozambique.

Thousands of years ago the Rhodolite was cherished by Egyptian pharaohs when they buried such jewelry as a precious property in the tomb in order to still have it in the afterlife. The ancient Romans too sealed their important documents with stamps made of the red garnet. In the Middle Ages, monks and nobles also have a soft spot for the red garnet. 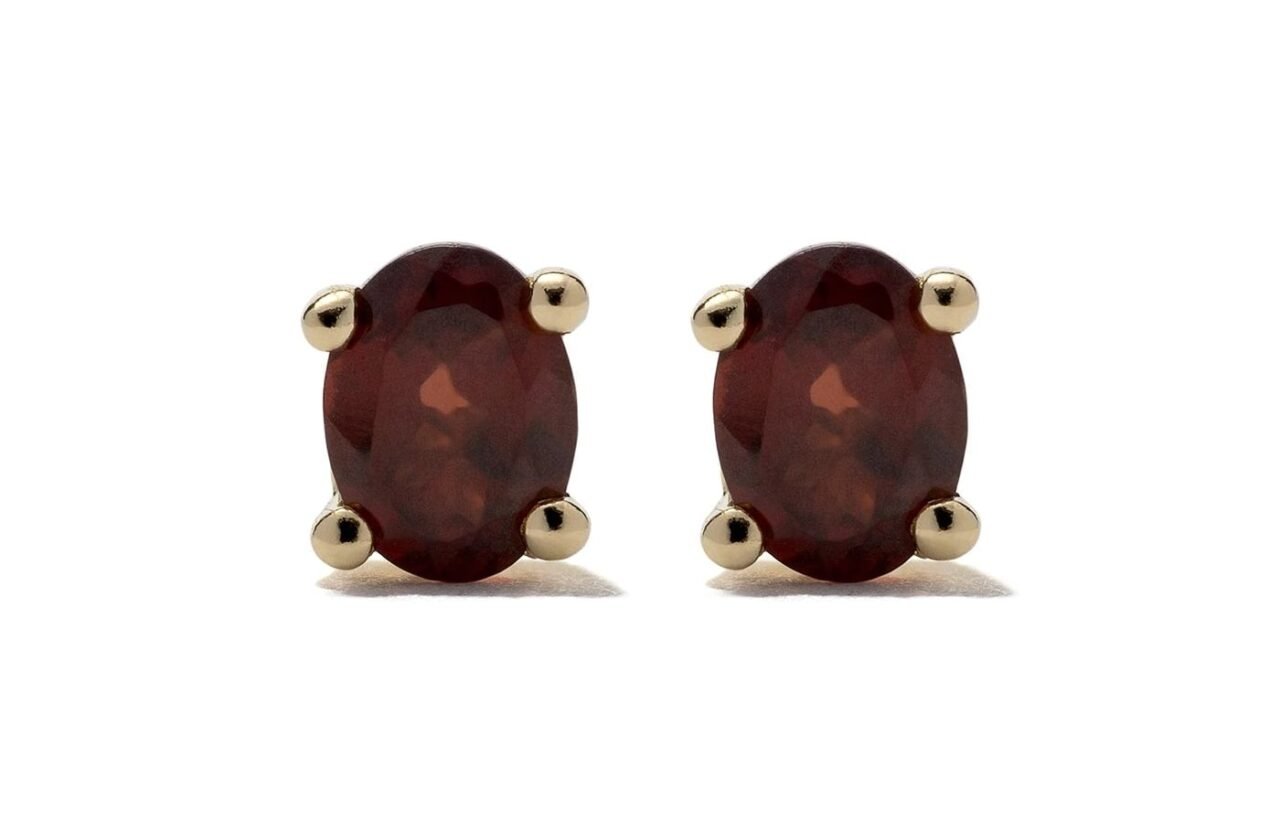 Meanings of the Rhodolite

When it comes to the meanings of such a stone, the rhodolite is able to bring irresistible charm to the wearer, attract happiness and eternal love, and increase self-confidence.

In general, the garnet is a gem with good durability. With a hardness of about 7.5, you can wear it with confidence as long as you do not scratch with other hard objects. In addition, the safest way to clean the red garnet is with warm soapy water.

Rubellite or Red tourmaline: the rainbow that fell into the earth 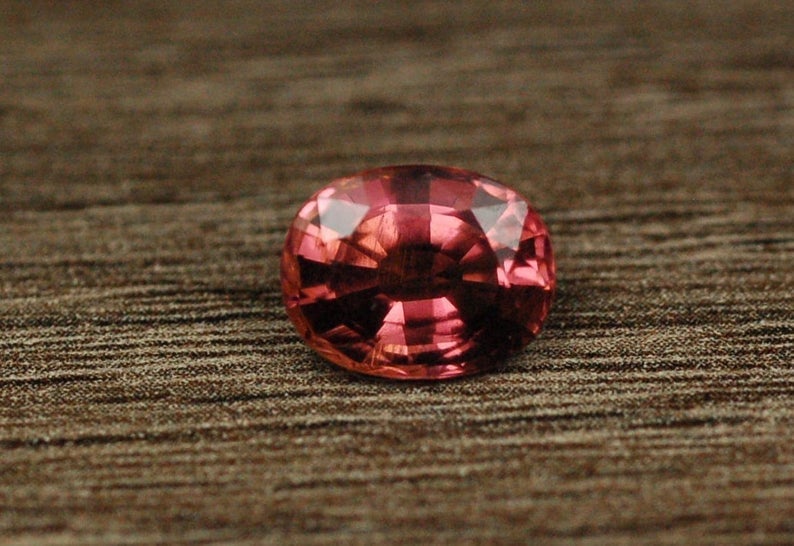 In 1500, a Portuguese exploration team discovered a gem in Brazil that glowed with colorful neon lights. This gem hidden at the foot of the rainbow that day was therefore called tourmaline by future generations, also known as “the rainbow that fell into the earth“.

At present, tourmaline together with ruby, sapphire, aquamarine, tanzanite, emerald, is classified as precious gemstones, which is deeply loved by the public and have huge market values.

Tourmalines have the most abundant colors among all kinds of gems. Thanks to its complex composition, among which iron, magnesium, lithium, manganese, aluminum and other elements can be replaced with one another, the combination and quantity of each ion directly affect the colors of tourmalines. 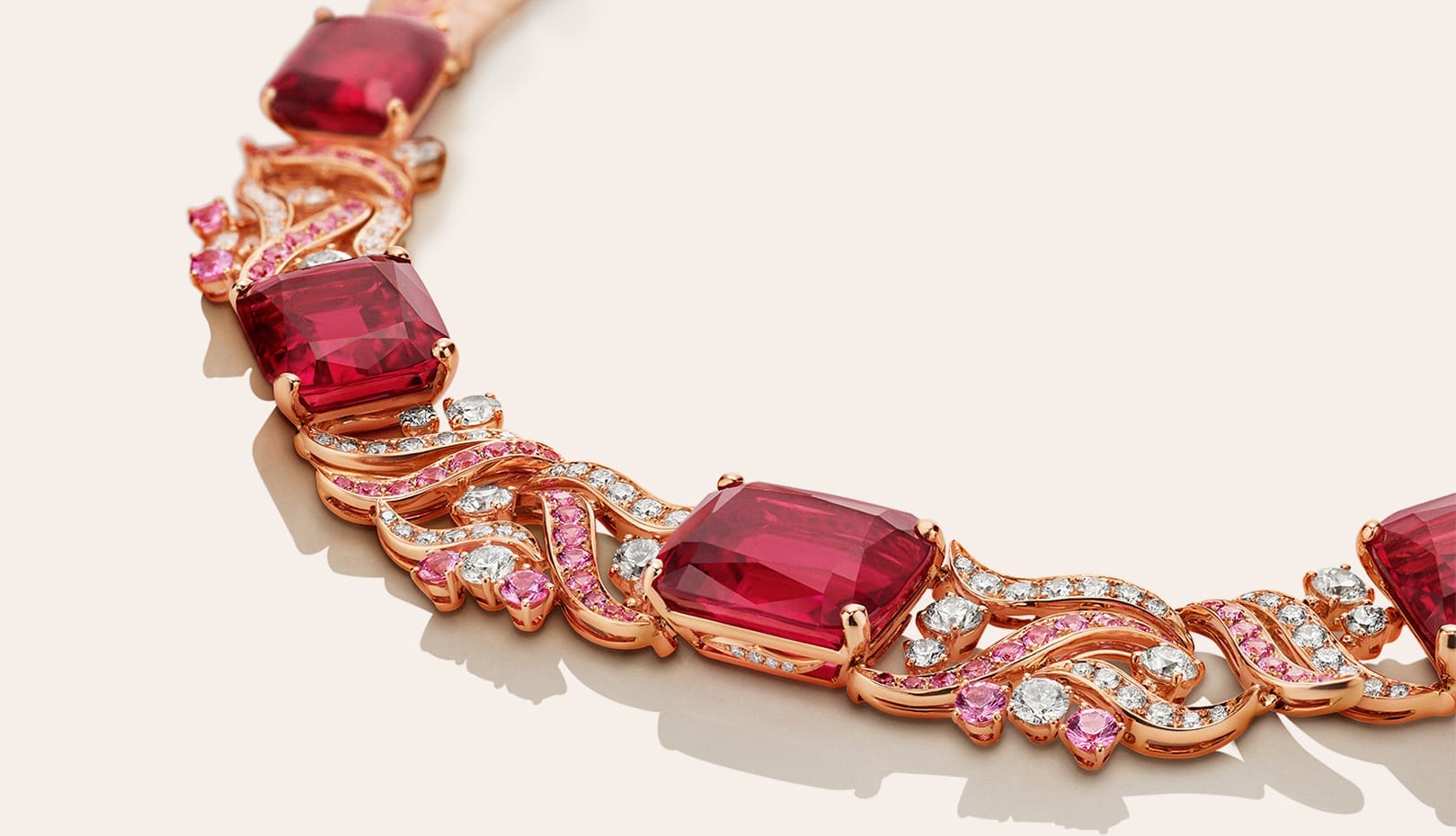 A general term for pink to red tourmalines. Best colors in this collection are fuchsia and rose red. However, in nature we have more brown, maroon, and crimson and the hue changes greatly.

The first trick is to put tourmaline jewelry in the box separately from others when you don’t wear them. Do not let your jewelry rub and impact one another, causing unnecessary loss.

Secondly, since the hardness of tourmaline is relatively high, i.e. 7-8, the stone itself is relatively brittle and fragile, afraid of falling and clash. Therefore, unless you are wearing a totally pure and flawless tourmaline, try not to wear during strenuous exercise or heavy work, so as to avoid breaking the gemstone.

Ruby: the most typical and popular red gemstone 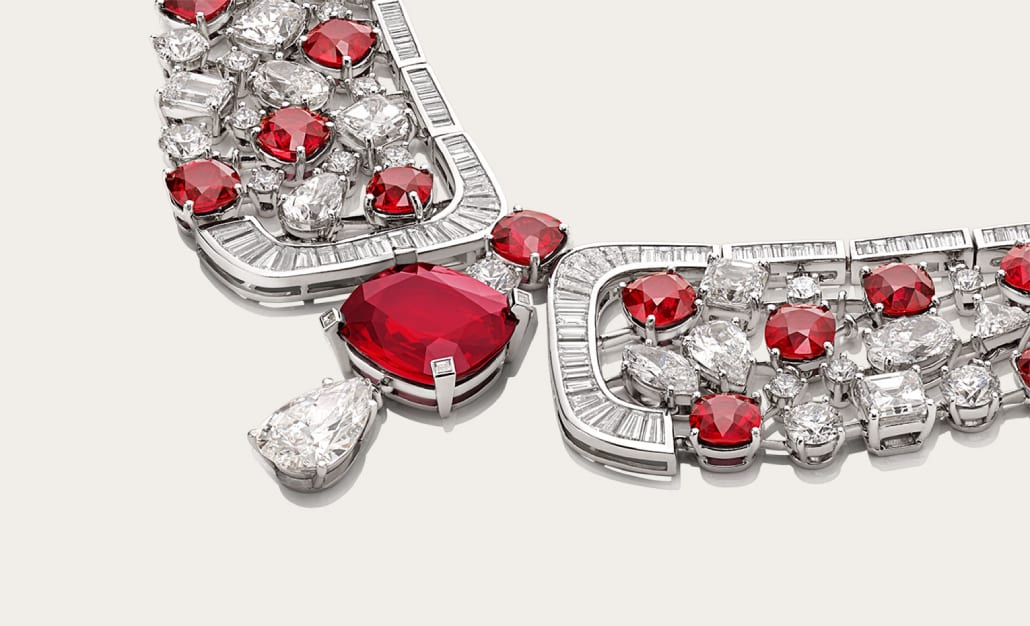 The jasper stone: All the types of jasper that you need to know

In early culture, ruby ​​was considered the source of life because of its blood-like color. No other colored gemstone is loved by so many kings, queens and upper classes like the ruby. Even today, high-quality rubies are still owned by only a few wealthy people.

Natural rubies are very rare and therefore precious, and now it is not so complicated as before to produce synthetic; therefore a large number of industrial rubies are all synthetic. Pay attention to such details when making a purchase.

In some ancient books, rubies are described as “the most precious of the twelve gems that God made when he created everything.”

It is the birthstone of July, known as the “stone of love”, a symbol of nobility, love, and benevolence. This vivid red color of rubies makes people associate it with passion and love, which symbolizes the beauty, eternity and loyalty of love. In Europe, the royal family today still regards rubies as witnesses of marriage. 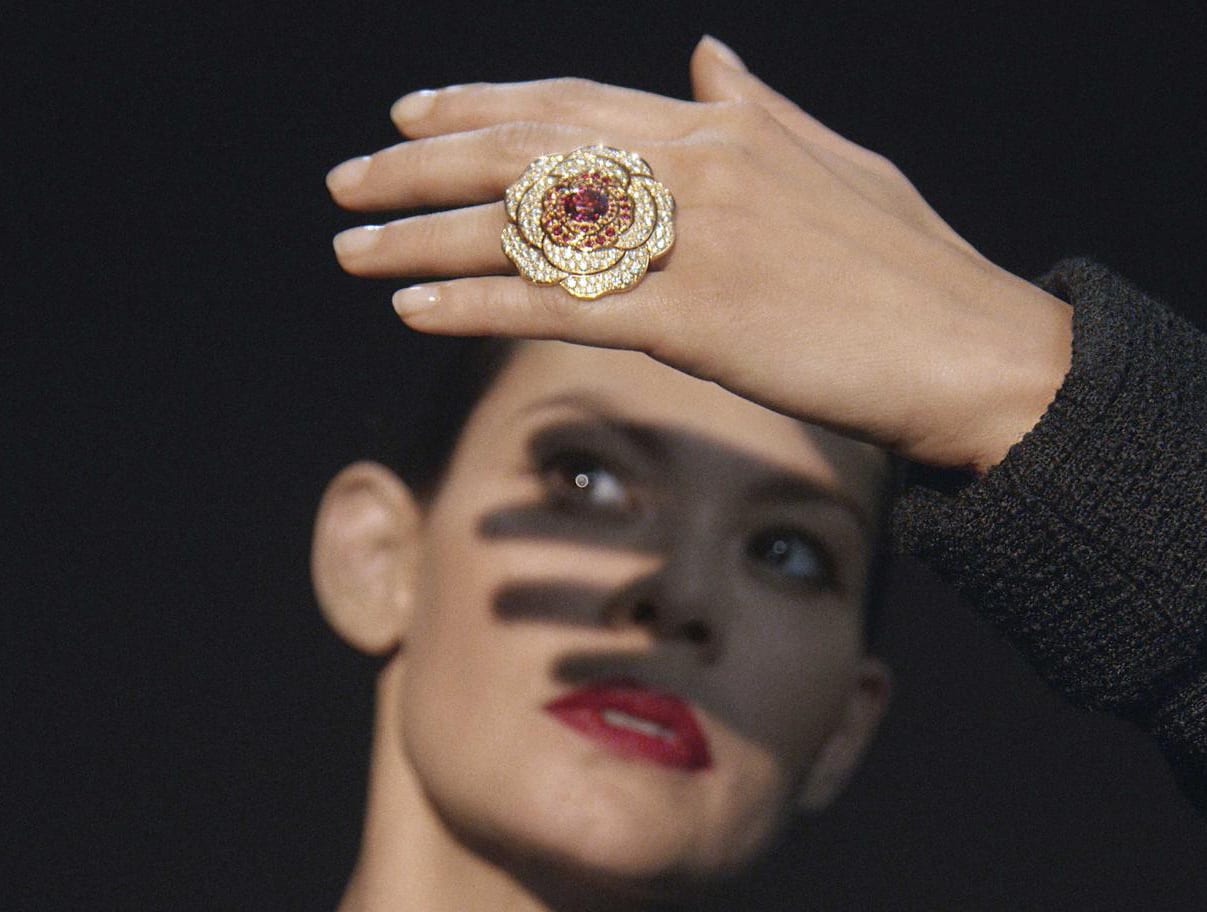 For a long time, the red spinel has also been loved by the king and the noble. In fact, a large quantity of famous red spinels have been regarded and used as rubies before, which shows that these two amazing gemstones have similar appearances.

The mining and production of such red gemstones can be traced back to Afghanistan in the 2nd century BC. Even today the red spinels from the Badhakhshan area in Afghanistan are very precious and expensive, called Balas Rubies. In recent years, natural spinels have gained great popularity thanks to its quality and relatively lower prices, and its market value has been increasing since. 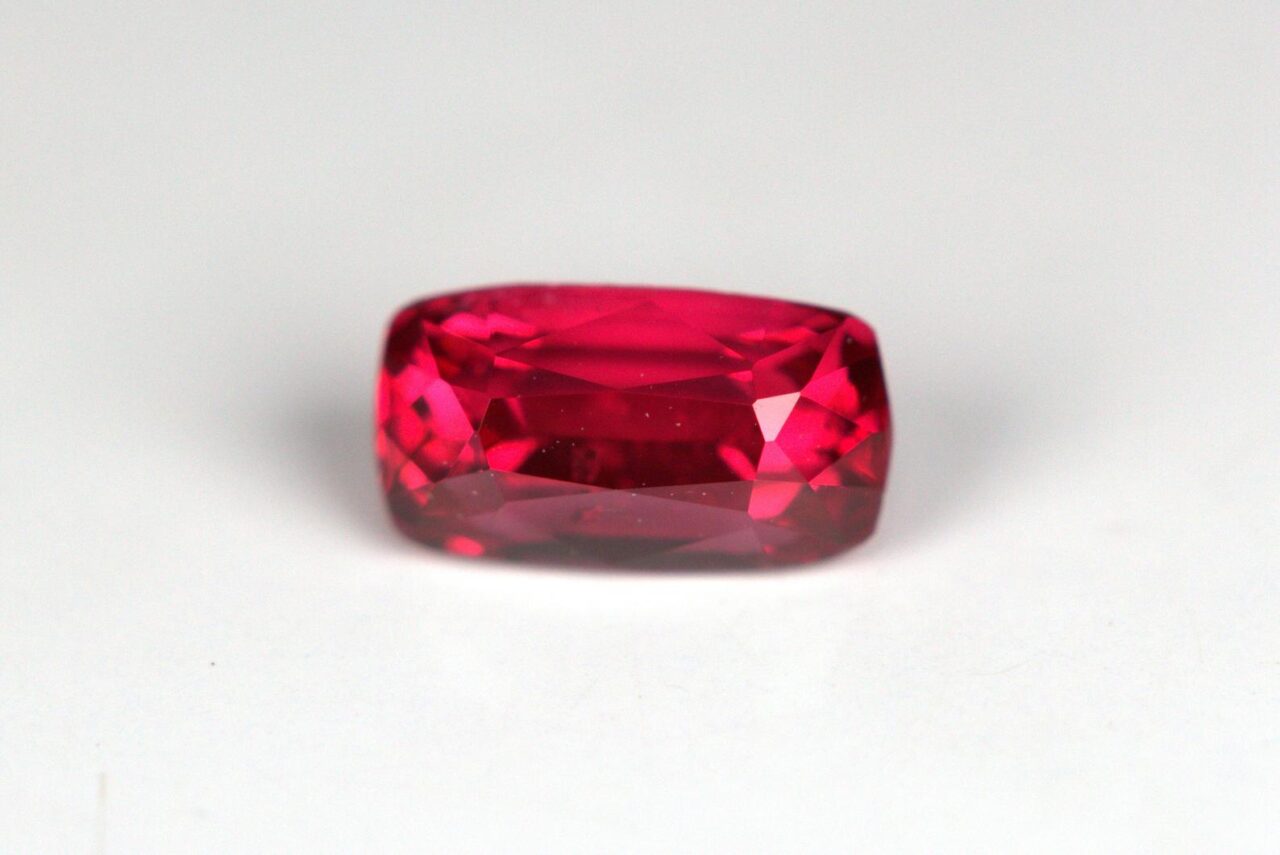 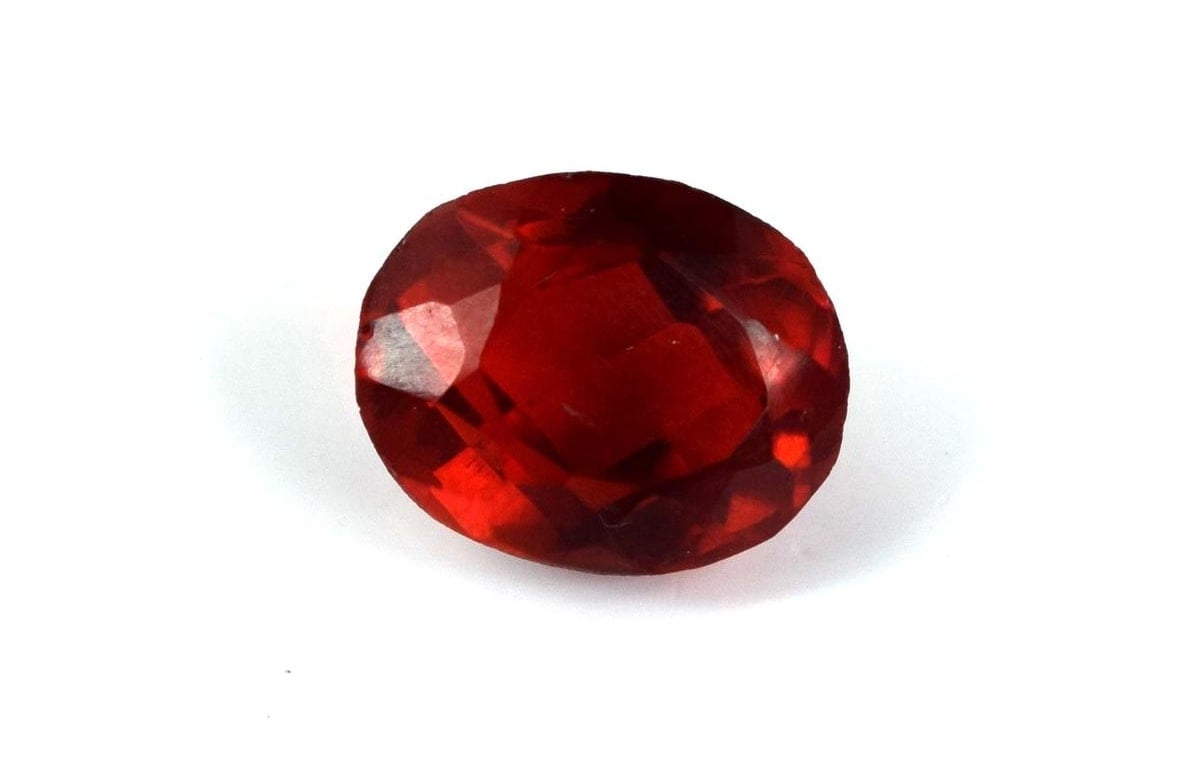 The topaz is hard, has a high degree of transparency, a good reflective effect and really beautiful colors; there it has been popular for a long time. For example, as early as in the seventeenth century, the Braganza diamond, i.e. 1640 carats on the Portuguese crown was once considered the largest diamond in the world, which later was proven to be a colorless topaz.

Topaz stones are mainly produced in Brazil, Mexico, Saxony, Scotland, Japan, and the Ural Mountains. A typical topaz is yellow or red, other colors including white, gray, blue, and green and transparent.

Topaz can heal the energy of the person who owns it and enhance their creativity.

Zircon: many colors, and affordable prices 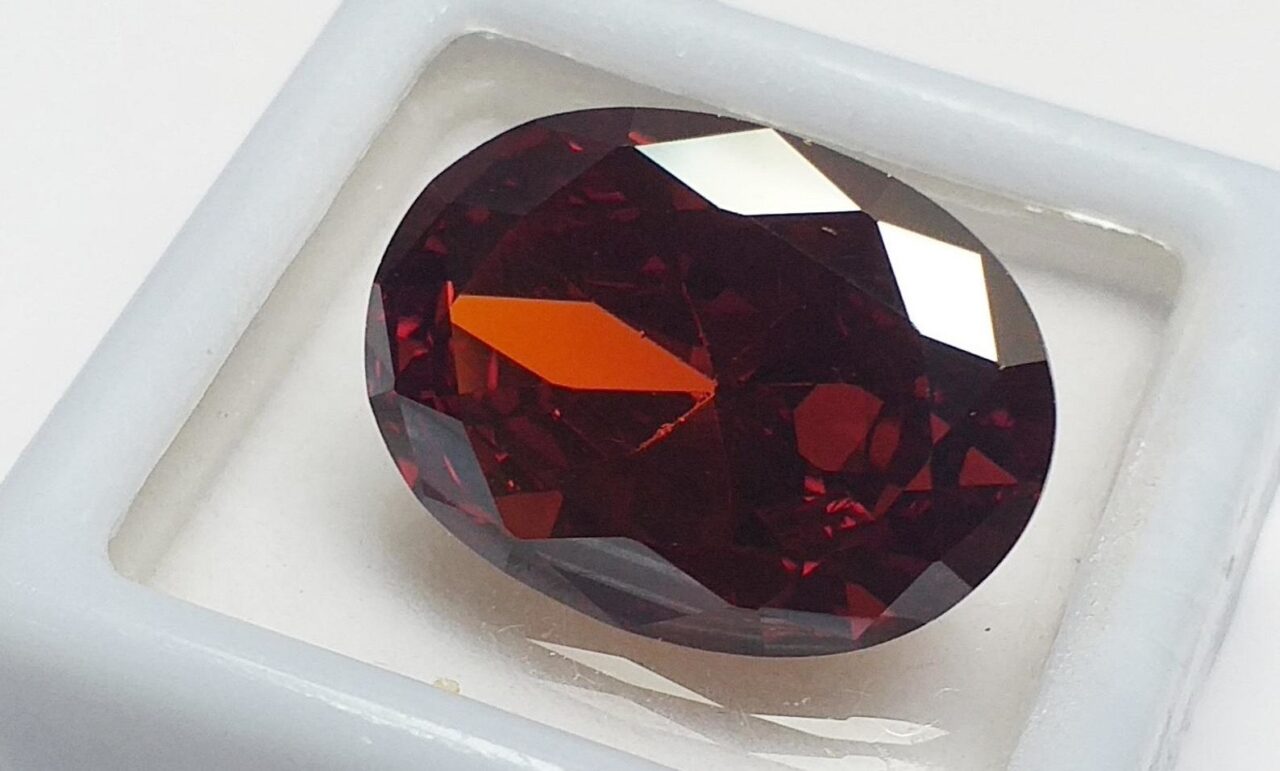 Zircon is a type of zirconium silicate and is not the same as cubic zirconia. It can come in a variety of colors naturally or can be heat treated to produce even more, including orange. It has a hardness rating of 7.5 and can be cut the same way as diamonds and other gemstones though it is far more brittle.

Zircon has a vitreous to adamantine luster. It is found as an accessory mineral in igneous ricks such as granite and in hydrothermal vents in such locales as Australia, Sri Lanka, Thailand and Vietnam. It is often substituted for gemstones of greater value such as sapphires or diamonds but is much more prone to chipping. It can grow dull and dark if it’s exposed to too much sunlight.

Zircon is thought to foster love and protect against evil.

Thank you for reading this article on red gemstones, feel to share your thoughts below or check other articles on gemstones that we have published:

October Birthstone: Why We Love Them And You Should, Too!